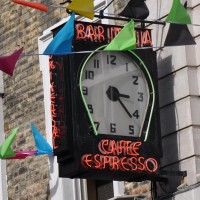 The next shortlist for the 2013 Coffee Spot Awards is the “Best Espresso” Award which was won in 2012 by Soho’s Bar Italia. When it comes down to it, I tend to judge a Coffee Spot by the quality of its espresso. Of course, this is entirely subjective and down to taste. I would never knock a place that made a good espresso just because it wasn’t to my taste.

This award is for those Coffee Spots which served me the best and most memorable espressos of 2013 and there were certainly some surprises in there. I started the Coffee Spot as a confirmed Italian espresso drinker. While I still like something full-bodied and robust, my palette has definitely evolved and I even found myself liking Has Bean espressos (for those not in the know, Has Bean is a UK roaster which made its name with light, fruity blends: exactly the sort of thing I really didn’t like but now find myself warming to!).

Three of the six Coffee Spots on this year’s shortlist got there by serving me Has Bean espressos!

There are six Coffee Spots on the shortlist this year, all listed in order of publication. 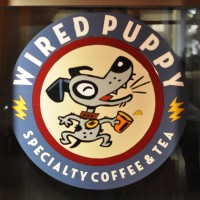 One of my favourite Coffee Spots from my trip to North America, Boston‘s Wired Puppy also served me a consistent espresso, so much so that I went there three times in all. However, it’s not just the coffee: the friendly setting and neat setting in a basement on Newbury Street all add to its considerable charms. One day I might go back when it’s not under a few inches of snow!

The Borough Barista is, confusingly, not in Borough, but instead is bringing fine coffee to the west of London, just off Edgware Road in fact. As well as being a lovely spot, it also has a house-blend espresso which could have been specially made for me!

The home of London’s oldest working espresso machine, a 1956 Gaggia Tipo America lever machine, Doctor Espresso Caffetteria is a wonderful place. Unsurprisingly, I am a big fan of the espresso that comes out of this beauty (which also features in the Coffee Spot Calendar for 2014)! 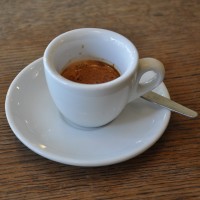 The Shrewsbury Coffeehouse (which is also in the running for the “Happiest Staff” Award and could easily have been in the “Best Coffee Spot near a Railway Station” Award shortlist) served me an exceptional Has Bean espresso. Up until that point I had steered clear of Has Bean, but ordered this one by accident and had my eyes opened as a result! It’s also a really lovely place, with great cakes 🙂

Recently opened in Islington, this is the big brother of the original Vagabond N4. Against my better judgement, barista Gabriel talked me into trying a single-origin Yirgacheffe from Has Bean as an espresso. I’ve never tasted anything like it!

Another amazing Has Bean espresso, this time in Bournemouth at South Coast Road. It’s the Candy Cane blend, produced exclusively for South Coast Roast and its parent, the equally lovely Café Boscanova.

And the winner is Vagabond N7!
Runners-up: The Borough Barista, South Coast Roast