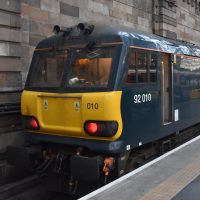 Not long after returning from Thailand, in May 2018, I needed to go to Glasgow for that year’s Glasgow Coffee Festival. I’d originally planned to go for a week, but a bad back, which I’d picked up at the London Coffee Festival in April, then exacerbated while I was in Thailand, meant limiting myself to a long weekend, travelling there and back on the Caledonian Sleeper.

As a result, I just had a single day in Glasgow, the Friday before the festival. I arrived at the crack of dawn at Glasgow Central Station, having left London Euston just before midnight on Thursday evening, spending the day exploring the coffee scene south of the Clyde. Then it was off to the festival for the rest of the weekend before catching the sleeper back to London on Sunday night.

The train to/from Glasgow is covered in the Travel Spot below, while you can also read about my time at the festival, as well as the Coffee Spots I visited during my free day in Glasow.

You can read about the trip in the following Travel Spot post.

Welcome to the latest instalment of Brian’s Travel Spot. Regular readers will know that I have something of a love affair with travelling by train, particularly sleeper trains, be it on trans-America trips, hopping between Beijing and Shanghai on China’s high-speed rail network, or taking the slow train in places like Vietnam or Thailand. However, my love affair with the sleeper train actually began in the UK with the Caledonian Sleeper, which runs between London Euston and variety of Scottish destinations.

Two weeks ago, I travelled up to Glasgow for the Glasgow Coffee Festival, a trip, which, for a variety of reasons, required me to leave on the Thursday evening before the festival and be back home by the Monday afterwards. In theory I could have done the trip on the regular train, but instead I turned to the Caledonian Sleeper, a far more romantic way to travel and, as it turned out, far more practical and just as cost effective.

So how does the UK’s premier sleeper service stack up against its American and South East Asian counterparts? Read on as I take the Caledonian Sleeper to Glasgow and back!

You can find out what I got up to during my time in Glasgow, which was mostly visiting that year’s Glasgow Coffee Festival. 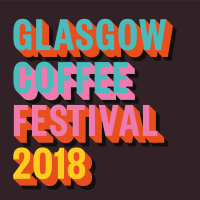 I had hoped to write this up in three parts, just as I did for last year's festival, but sadly  various issues, including my bad back, and other travel commitments, have limited me to this single post. So, join me as I take a quick tour of the venue, look at one of festival’s main themes, reusable cups, and talk about how Glasgow Coffee Festival is the first coffee festival to go disposable free.

I also managed to squeeze in a demonstration of the Decent Espresso machine. 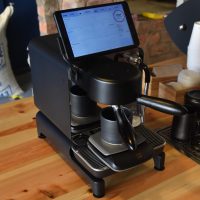 Finally, you can read about the three Coffee Spots I visited during my one free day in Glasow (listed alphabetically).

It All Started Here 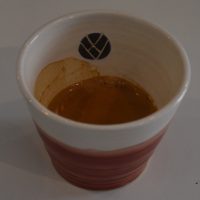 I first met Will, owner of It All Started Here, back in 2015 in Cardiff. We met up again at the Glasgow Coffee Festival later that year and have stayed in touch (on and off) ever since. Back then, Will combined a day job with running stalls markets/pop-ups over the weekends, serving coffee from Sheffield’s Foundry Coffee Roasters to the good people of Glasgow.

Last year he extended that principle when he opened his first coffee shop on Glasgow’s south side, It All Started Here opening on Friday, Saturday and Sunday. Sadly, when I came up for last year’s Glasgow Coffee Festival, I came up on the weekend and left myself Monday for exploring, so missed out. Therefore, for this year’s festival, I made a point of going up on Thursday night on the Caledonian Sleeper and heading over to It All Started Here on Friday.

It All Started Here is a multi-roaster, with a different roaster from around the UK on espresso and batch-brew every week. There’s also a brunch menu and a lovely selection of cakes. Even better, starting this week, It All Started here is now open six days a week, Tuesday to Sunday. 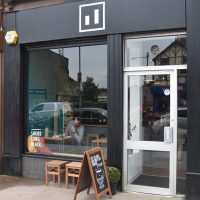 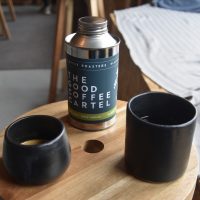