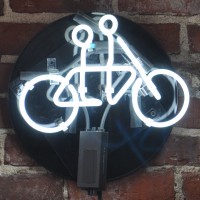 There are times when you feel that maybe the Coffee Gods don’t want you to visit somewhere. Rolling into Portland (Maine) one morning, I took my time settling into my hotel, intending to wander over to visit Tandem Cafe & Roastery in due course. Fortunately, I checked on-line. It closes at 2 pm. The time? Just gone noon! And it’s where? Oh, about as far away from my hotel as is possible…

One brisk walk later on a hot, summer’s afternoon, I arrived in a very unpromising neighbourhood. Let’s just say it looks industrial. Oh, and they were digging the road up. Not ordinary roadworks. Oh no, the whole road. Anyone would think they’d seen me coming.

Tandem Coffee Roasters is a fairly recent arrival in Portland, joining the likes of Bard Coffee and Speckled Ax. It has two outlets, Tandem Cafe & Roastery, subject of today’s Coffee, Spot, and Tandem Coffee + Bakery, which I’d unknowingly walked past going into town (it’s cunningly disguised as a gas station). The roastery consists of, unsurprisingly, the roastery, where Tandem roasts all its coffee, and a lovely little coffee bar (the cafe), where you can drink said coffee. As long as you’re there by two o’clock…

February 2020: I’ve updated my piece on the Tandem Cafe & Roastery. This is the original write-up, published in July 2015. For an up-to-date description, please see the updated post, while you can see what’s changed in my Coffee Spot Update.

Tandem Cafe & Roastery is down a (for now) dirt road off Fox Street. It’s an up-and-coming area, and I’m sure it’ll be very fine when it’s finished. For now, let’s just say that pretty much the only reason to come by is to visit Tandem. Fortunately, it’s well worth visiting!

The Cafe & Roastery occupies a squat, modern-looking, brick-built L-shaped building that actually dates from the 1930s and looks considerably prettier than my description implies. It has a pleasing exterior, helped by a small, leafy tree and a picnic table outside. The door, in the crook of the L, pitches you up in a small lobby, at which point you immediately know that you’ve come to the right place. Directly ahead of you, on the other side of a small counter, is the roastery itself (which has it’s own feature in the Meet The Roaster series), all bags of green beans and boxes of freshly-roasted coffee, surrounding the 12kg Probat.

You can, if fancy takes you, sit out here in a little nook to the right of the door, but you’d be better off going left, then back onto yourself, where you’ll find a lovely coffee bar. This occupies the top stroke of the L and has a roughly square floor plan. However, continuing the L-theme, there’s an L-shaped counter, to your right as you enter, and an L-shaped window bar running around the left-hand and far walls.

If you don’t fancy the bar, with its excellent views of the on-going roadworks, you can sit at the far end of the counter (a far better option in my opinion), where you’ll find yourself next to the built-in brew-bar and with a good view of the business-end of the La Marzocco espresso machine which sits in the middle of the counter.

It’s a small, cheery spot. Regular windows and mainly whitewashed, plastered walls (with the exception of bare brick behind the counter) give it a bright, clean feel. Wooden furniture, including the counter, combine with the bare, wooden ceiling beams to stop it feeling too austere. Given its size, it’s hard not to interact with the barista (the cheerful Avery for my visit), all the more reason to sit at the counter, rather than with your back to the barista and the rest of the customers (such as the lovely Jason, upon whose afternoon coffee I intruded).

Like the roastery itself, Tandem’s coffee menu is small, but perfectly-formed. There’s a concise espresso menu, with either the house-blend or guest, plus two-single origins on V60 and cold-brew on tap in the summer. In a rare occurrence for an American coffee shop, there’s no bulk-brew. Tea-drinkers have a choice of two: one black, one green.

Having already had the house-blend, Time and Temp, a few days earlier at Boston’s Render Coffee, I selected the guest, Adado, a single-origin Ethiopian Yirgacheffe. Beautifully-made, it was slightly too sharp for my palette. Since it was also available as a pour-over (the alternative was a Colombian), I tried that as well. Recognisably the same coffee, it had a markedly different flavour. Although still quite bright and floral, I preferred it to the espresso, plus it matured wonderfully as it cooled.

Sadly two o’clock came too soon and it was time to go. Next time I’ll know better!