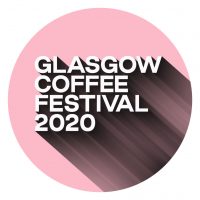 Although the Glasgow Coffee Festival is one of my favourite events, I have a chequered history when it comes to attending. I missed the very first one, held in 2014, but made it to Glasgow for the 2015 festival. The festival skipped 2016, the result of a change in scheduling from the distinctly chilly October/November to the warmer days of May, expanding from a single day to an entire weekend in the process. Determined not to miss out, I arranged my first ever trip to Japan so that I could attend, and I was back again for the 2018 festival, when not even a bad back could stop me!

Unfortunately, I was working in Chicago the weeks before/after the 2019 festival, so this year, I was determined not to miss out. I put the dates (first weekend in May) in my diary, ensured that work didn’t schedule any meetings around then and even bought my tickets. And then the COVID-19 pandemic happened…

You might think that would spell the end of the coffee festival for this year, but the folks of Glasgow are made of sterner stuff, and the festival, now a 10-day event, is back in a new form.

Since its inception, the Glasgow Coffee Festival has been held in the soaring central hall of the Briggait, perhaps the most striking venue for a coffee festival. Built as Glasgow’s fish market over 100 years ago, the vast, arched, glass ceiling gives the festival a great sense of light and space (something that’s lacking in other festivals). If you’ve never been, the festival has the typical mix of stands, with around 40 exhibitors covering coffee roasters, cafes, equipment and various related (and sometimes non-related) lifestyle brands.

Although billed as a celebration of Scottish coffee and coffee culture, there always a handful of folks who have ventured from further afield. In addition to the exhibitors, the Glasgow Coffee Festival has hosted various coffee competitions, and put on a range workshops, presentations and cuppings, which, unlike some other festivals, are all included in the ticket price.

This year’s festival was set to continue on similar lines. Then came the COVID-19 pandemic and the inevitable postponement of May’s event, initially until October. Unfortunately, as the summer wore on, it became clear that COVID-19 wasn’t going away, so October was looking increasingly unlikely as well. However, the folks at the Glasgow Coffee Festival are nothing if not innovative. As an example, the festival was the first to go disposable-free, ditching disposable cups in 2018, instead providing Keep Cups on loan to visitors who didn’t have their own.

Faced with the realisation that this year’s festival wasn’t able to go ahead in the normal format, they started to think of alternatives. The traditional festival in the Briggait has been postponed until the second weekend in May next year (8th/9th May 2021), but rather than cancel this year’s event entirely, the team wanted to do something to keep the momentum going and October, when the rescheduled festival was supposed to happen, seemed to perfect time. One option was to go virtual, a route several other events have taken, but instead, they decided to take the festival to the streets and coffee shops of Glasgow!

Starting yesterday (Friday, 16th October) and running until the end of next week (Sunday, 25th October), the Glasgow Coffee Festival will be spread over 50 coffee shops, roasters and related businesses across the whole of Glasgow. For just £5 (or for free if you’ve already bought your festival ticket, which is good for 2021 by the way) you can get some great discounts and special offers at the participating businesses, while there’s also going to be online content, features and live tastings.

It’s a great idea, one that keeps the festival in people’s minds, as well as involving the whole city. Hopefully, it will encourage people to support their local coffee shops too.  There’s more information on the festival website, where you’ll find a handy map with the locations of the 50 businesses taking part. You can also buy your tickets.

Finally, if you want to know more about the festival and the reasoning behind taking it to the city this year, then there’s an excellent interview with Lisa Lawson, the driving force behind the festival, over on The Pourover.

December 2020: Glasgow Coffee Festival was a runner-up for the 2020 Best Saturday Supplement Award.