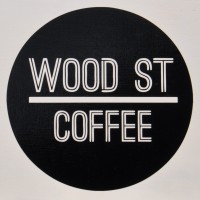 The first and perhaps most difficult task I had was finding Wood Street Coffee. Tucked away in Walthamstow, in north-east London, this little gem of a place is well worth finding, and, thanks to Google Maps pulling its finger out, it’s now a relatively easy task.

As the name suggests, Wood Street Coffee has its origins in Wood Street. Google Maps used to helpfully place it right there in Wood Street Market, just off Wood Street. All was well and good until I actually got there, when I discovered that the market is closed. A boarded-up-don’t-come-in-here kind of closed. That’s when I realised that Google Maps, bless it, had Wood Street Coffee in its original location, although cunningly, with the correct address (39 Orford Road) listed, which is why I didn’t discover the error until I got there. Fortunately Google Maps now has it in the correct location!

A brisk, 20 minute walk later and I found Wood Street Coffee, tucked inside a shared shop on a lovely stretch of Orford Road. With coffee from Climpson and Sons and some splendid home-made cakes, Wood Street Coffee more than made up for the difficulty I had in finding it. Add to that a friendly welcome and quirky interior and you’ve got a winner on your hands!

December 2014: Whatever you do, don’t go to Orford Road! Wood Street Coffee has moved again, this time to a permanent home! It’s still in Walthamstow, but now at Blackhorse Workshop, 1–2 Sutherland Road Path, E17 6BX. You can see what I made of it when I visited in July 2019.

Wood Street Coffee opened last year in Wood Street Market. Originally trading just on Sundays, it relocated to Orford Road in February, and, in April, took the big step of expanding the opening hours. Wood Street now serves fine coffee to the good folk of Walthamstow from Thursday to Sunday and, with business steadily growing, further expansion might be in the pipeline.

Wood Street Coffee is the brainchild of Gareth and Clare (who I sadly missed). They caught the coffee bug in Melbourne when Clare was studying at university there. When they returned in 2008, they found a London coffee scene that was just taking off, but a recent move to Walthamstow left them bereft of decent coffee. However, instead of bemoaning their fate (or moving to somewhere with decent coffee) they decided to do something about it…

Talking with Gareth as he worked away behind the counter, a chilling thought struck me. Tall, with a beard and glasses, Gareth used to write about, and take pictures of, coffee. And he bakes. Now, who does that remind you of? This could be my future I was looking at! Mind you, if ended up with somewhere half as nice as Wood Street Coffee, I wouldn’t be complaining!

It shares a small shop with two other businesses, Little Mashers (kids clothing) and Queenie & Ted (unique customised clothing). All three started life as pop-ups, but now seem fairly permanent. Standing out front, there’s just the door on the right and a single window on the left, giving you an idea of how narrow the store is. A bench on the pavement beneath the window represents about half of Wood Street Coffee’s seating!

Stepping inside, the counter’s immediately to your left, a simple affair, with display space for the cakes, a two-group La Marzocco and a pair of grinders (espresso and decaf). On the right, once you’re past the door, the store widens ever so slightly, just enough to wedge in a long, thin, picnic-style table with a pair of benches. Beyond this point, the store’s given over to the other two tenants.

The coffee is from Climpson and Sons, just a few stops down the railway line towards Liverpool Street station. Breaking the habit of lifetime, I succumbed to the fact it was a hot day and had an iced (decaf) latte. Consisting of espresso, sugar and milk over ice, it was a lovely drink, very smooth and, surprisingly, not too sweet.

With the exception of the Tunnock’s tea cakes, Gareth had baked all the cakes, so naturally I had to try one. I went for what turned out to be an incredibly rich flour-free brownie. It was pretty much perfect, with a gooey, chocolately centre and big chunks of walnuts. It was just as well I was on the decaf since (on a relatively empty stomach) I was suffering a massive sugar rush by the time I’d finished it.

Naturally, given my state, I followed this up with an espresso! This was Climpson and Sons’ Seasonal (Spring) Blend, which was sharper than the Climpson’s Estate blend that I’d had at Everbean. Note that Wood Street only serves its coffee in takeaway cups, but there’s a range of KeepCups for sale (much to the disgust of JOCO Cup, who I’d brought along).