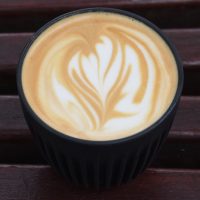 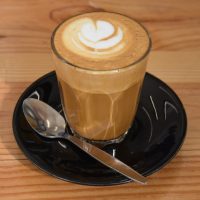 Just across the road from Rhyl’s train and bus stations, Costigan’s Coffee is part of Costigan’s Coworking space, although it’s also open to the public, with a separate entrance from the street. There’s plenty of seating inside and a concise coffee menu, serving  Neighbourhood Coffee. 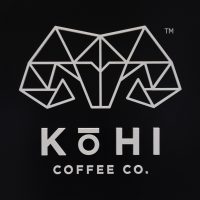 Skipping across the Atlantic to Boston, Kōhi Coffee Co. is another Coffee Spot just across the road from a train station. Located off the lobby of 125 Summer Street, KōHi Coffee Co. is opposite Boston’s South Station, terminus of Amtrak’s Northeast Regional and Acela services, as well as multiple commuter rail lines. KōHi has also been shortlisted for this year’s Smallest Coffee Spot Award. 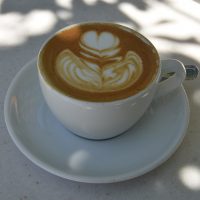 All the way across America in California we have Saint Frank Coffee, just outside Menlo Park station on the Caltrain line between San Francisco and San Jose. You can sit outside and watch the trains come and go to your heart’s content, although it might be quieter once the line’s been electrified! Saint Frank has also been shortlisted for the Best Outdoor Seating Award. 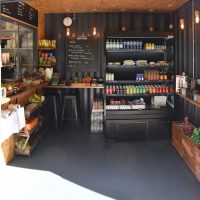 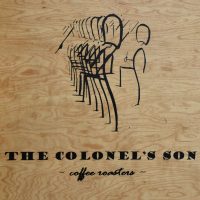 Our next entry takes us to Shrewsbury, where The Colonel’s Son Coffee Roasters is around the corner and just up the hill from Shrewsbury’s magnificent station. It’s a tiny spot, which saw it earn a place on this year’s Smallest Coffee Spot Award shortlist. Despite this lack of size, The Colonel’s Son crams in both coffee bar and roastery, with all the coffee being roasted behind the bar! 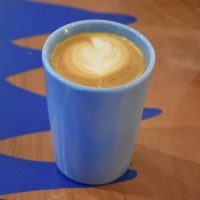 We’re back in Guildford with Koja Coffee which relocated earlier this year to the lobby of New House, a recently-opened space for artists and creatives on Fays Passage. This is just across the River Wey from Guildford’s main train station making great option on your way to/from the town centre. Koja Coffee is also shortlisted for this year’s Smallest Coffee Spot Award. 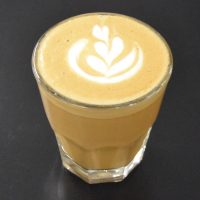 Altanta’s Peachtree Station has one train a day in each direction (the Crescent, which runs between New York City and New Orleans), but if you find yourself in the vicinity, then Bellwood Coffee in the lobby of the 1776 Peachtree office building is just a few blocks away, something I took full advantage of the last time I arrived in Atlanta by train, when I had this post-arrival Gibraltar (good enough to get Bellwood on this year’s Best Flat White shortlist). 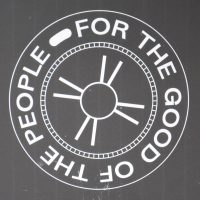 For the Good of the People, Euston Station