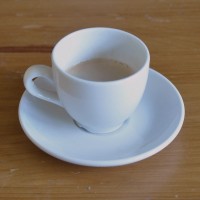 Merry Christmas/Happy New Year to all my followers old and new! I hope you had a time and weren’t flooded out of house and home or had to spend the holidays without power (sadly a common occurrence where I live this year).

So, as 2013 comes to an end and we get 2014 underway, I release that it’s been the first complete year of Brian’s Coffee Spot. It’s time to look back on 2013 with the second Annual Brian’s Coffee Spot Awards. Last year I had 11 Awards, but this year, with so many Coffee Spots out there, I’ve increased it to 20. The shortlists for all 20 Awards were announced between Boxing Day and New Year’s Eve, with the winners announced on New Year’s Day.

Anyway, thank you to everyone who has visited the Coffee Spot, followed me on Twitter, liked my Facebook page or +1ed me on Google+. While I do this for the love of it, it means a lot to me that so many of you take the time to read and comment on my writing. And help spread the love for good coffee.

You can see who won last year’s Awards in the gallery.

An elite panel of judges (me) gathered in a secret location (my house) and spent literally minutes considering the following awards. The shortlists were published between Boxing Day and New Year’s Eve, with the winners announced on New Year’s Day.

However, before I introduce the awards, a few statistics about 2013. I published 122 articles on the Coffee Spot (not including this one!). This included:

So, without further ado, let’s see what the award categories are this year. You can click on the name of the Award to see the shortlist and, now it’s New Year’s Day, the winners and runners-up are also given for each Award.

Where It All Began (2012 Winner: Boston Tea Party (Park Street))

The first ever Coffee Spot Award, this recognises those special places which played a big part in my personal coffee journey. These are Coffee Spots which inspired me or in some other way defined my coffee experiences.

Most Unlikely Place to Find a Coffee Spot (2012 Winner: Abriachan Campsite and Café)

Let’s face it, go to big cities such as London, Edinburgh and Bristol and you expect to find good Coffee Spots. However, good Coffee Spots are everywhere, and some of them are in very unexpected places… This can either be geographically or in the Coffee Spot’s setting.

I know. What a silly title for an award. But think about it. We all have that ideal of what a coffee shop should be, even if part of the joy is that great Coffee Spots come in all shapes and sizes. However, this award is for those Coffee Spots which look, well, just how you imagine they should look!

Best Coffee Spot near a Railway Station (New for 2013)

When you’re desperate for good coffee, stuck in a railway station is rarely the best place to be. But what if there was a great Coffee Spot just outside the station or a few minutes’ walk away and you didn’t know about it? Then this award is for you…

2013 saw the Coffee Spot head outside of mainland Great Britain for the first time. Although the Coffee Spot is still dominated by England, Scotland and Wales, this award celebrates the best from the rest of the world (well, France, USA and Canada at the moment!).

When it comes down to it, I tend to judge a coffee spot by the quality of its espresso. Of course, this is entirely subjective and down to taste. I would never knock a place that made a good espresso just because it wasn’t to my taste. This award is for those Coffee Spots which served me the best and most memorable espressos of 2013.

One of the revelations of 2013 for me was that filter coffee wasn’t that over-brewed, stewed muck that bad coffee chains serve out of urns. It’s actually an amazing, delicate drink that has opened my eyes to a whole new world of coffee. So, this award is to celebrate those Coffee Spots which helped me on my journey of discovery.

While the Coffee Spot is mostly about places to have coffee, I drink the majority of my coffee at home, so those wonderful people who provide me with my coffee beans need a mention.

I have a special place in my heart for small coffee spots and 2013 was full of them. Note that this is all subjective – I did not get my tape measure out at any point!

Along with cake, breakfast has a special place in my heart, so-much-so that I started the Saturday Spot so that I could write about Coffee Spots where the coffee wasn’t up to much, but where the breakfasts were to die for!

This award might only be for 2013, but since I visited somewhere claiming to have the world’s best cheese toastie, I couldn’t let the opportunity pass…

And finally, this is the only award not decided by me. It’s the award that will be given to the Coffee Spot which received the greatest number of views (according to JetPack) in the calendar year 2013.