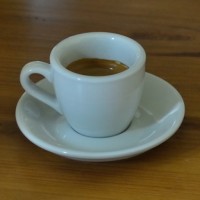 Merry Christmas to all my readers old and new! I hope you’re having a great Christmas. As the year comes to an end, so it’s time for the Coffee Spot Awards, now into their SIXTH year! It seems only yesterday that my friend Andrew Rilstone suggested the first Coffee Spot Awards. If only I’d have known what I was unleashing back then…

2017 has been another amazing year, and I’ve travelled more widely than ever, visiting Coffee Spots from California to Japan. The annual Coffee Spot Awards provides a chance for me to reflect on all the great places I’ve visited and to give them all some more well-deserved time in the limelight. As usual, there are 20 Awards, the shortlists for each being publishing between now and New Year’s Eve, with the winners being announced on New Year’s Day.

Thanks to everyone who’s visited the Coffee Spot, followed me on Twitter, liked my Facebook page, and looked at my pictures on Instagram. While I do this for the love of coffee, it means a lot to me that so many of you take the time to read and comment on my writing. Without you, it really would be pointless.

Before we go on, check out who won what in last year’s Awards in the gallery.

An elite panel of judges (me) gathered in a secret location (currently my Dad’s house) and spent literally minutes considering the following awards. However, before I introduce the awards, a few statistics for 2017.

I published 188 articles (slightly down from 207 last year) on the Coffee Spot (not including this one!). This included (last year’s numbers in brackets):

This year I published Coffee Spots from various countries, adding Japan and Vietnam to the list for the first time, as well as venturing to new cities such as San Francisco, Miami, Beijing and Belfast!

Anyway, enough of the numbers. Without further ado, let’s see what the award categories are this year. Don’t forget that as the shortlists for each Award are published between now and New Year’s Eve, you will be able to click on the Award title to see who is in the running.

Let’s face it, go to big cities such as New York, Edinburgh or Manchester and you expect to find good Coffee Spots. However, good Coffee Spots are everywhere, and some of them are in very unexpected places… This can either be geographically or a result of the Coffee Spot’s setting. Either way, this award recognises them.

Regular readers with know that I have a soft spot for Coffee Spots with great basements, and this award recognises them. A good basement can be a real boon, particularly in the winter months, where there’s nowhere better to wrap up warm and cosy!

Regular readers will also be aware that I also have a soft spot for coffee shop lighting, so this award ensure that those Coffee Shops with wonderful lighting are properly recognised.

Writing the Coffee Spot has revolutionised the way I think of (and drink) filter coffee, introducing me to an amazing, delicate drink and opening my eyes to a whole new world of coffee. This award celebrates those Coffee Spots which have helped me on my journey.

When you’re desperate for good coffee, stuck in a railway station is rarely the best place to be. But what if there was a great Coffee Spot in the station, or just outside and you didn’t know about it? This award is for you…

This award focuses on those Coffee Spots which provide the best environment for sitting outside. The Coffee Spot itself doesn’t have to be outside; anything with a decent outside seating area qualifies!

Espresso is tricky. While my Sage Barista Express means I can now pull a reliable shot at home, I still admire those who can knock out shot after shot of high-quality espresso. This award is for those Coffee Spots which served me the best and most memorable espressos of the year.

I have a special place in my heart for small coffee spots and this year the Coffee Spot continued to be full of them. Note that this is all subjective – I did not get my tape measure out at any point!

While the Coffee Spot is mostly about places to have coffee, I drink the majority of my coffee at home. This award recognises those wonderful who roast and sell me my coffee beans.

So far the Coffee Spot has made it to North America, various European cities and China. This year has seen even more travel than ever, including first-ever visits to Japan and Vietnam. I know it’s not quite the rest of the world, but I’m getting there. This award celebrates the best Coffee Spots from outside of the UK.

Finally, this is the only award not decided by me. It’s given to the Coffee Spot which received the greatest number of views (according to JetPack) in this calendar year. Since the Awards are meant to recognise what’s happened on the Coffee Spot this year, I’ve decided to exclude Coffee Spots published in previous years.

Make sure you check back on New Year’s Day to find out who has won!