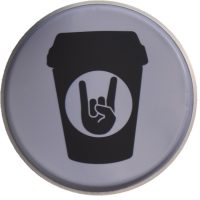 Toro Coffee burst onto Glasgow’s speciality coffee scene (specifically the Southside) in September, becoming an instant hit, partly thanks to the efforts of cheerleader-in-chief, my friend Charlotte. Indeed, when I popped over to Glasgow last week, Charlotte’s plan for the morning was “we’re going to Toro”. Not, “would you like to go to Toro?”. No, we were going. On the other hand, Charlotte has excellent taste in coffee shops, so I wasn’t about to disagree.

Other than the coffee, the main draw is the wonderful, friendly and welcoming owners, Ross and Gill. Although a new name, Toro has good pedigree: Ross’ big brother, Iain, owns Primal Roast, one of my favourite Glasgow breakfast spots (and also home to some excellent coffee).

Although there’s a wide selection of cakes, plus toast for breakfast (as if I needed any further encouragement) Toro’s main focus is the coffee. It’s a multi-roaster, offering separate options on espresso and filter, the later available as batch-brew through the ever-reliable Moccamaster, and as pour-over, using hand-thrown ceramic Kalita-wave style filters. The espresso changes every week, while the filter is swapped every day or two, with roasters drawn from just down the road to half way across Europe.

Speciality coffee is, it seems, booming on Glasgow’s Southside, the opening of Toro Coffee extending its reach into Pollockshaws, specifically to the eastern edge of the Pollock Country Park. Occupying the ground floor of a row of typical sandstone tenements on what is essentially a residential street, Toro’s all-white front certainly stands out against the red stone. There’s a recessed door on the right, while the rest is given over to three windows, two narrow and one large, running almost floor-to-ceiling.

Toro (Italian and Spanish for bull) goes strongly with the bull theme in both décor and signage. The large windows, combined with a south-facing aspect, makes for a bright, welcoming interior, with plenty of natural light, even at the back, where you’ll find most of the seating. The front, in contrast, has largely been left open, a modest counter on the left, with seating on the right and along the window sill at the front, which is broad enough to support four large, square cushions. The sense is space is enhanced both by the relative lack of furniture and by the lovely, high ceilings.

A long, thin, high four-person table with stools stands immediately to the right of the door. This, I quickly learnt, is Charlotte’s table. Following that, after a small retail shelf, comes a sofa, flanked by a pair of comfortable chairs, after which Toro narrows slightly on the right, denoting the start of the rear section. Here there’s a little more seating, but it’s still not what I would call cluttered. On the right, a wooden bench lines the wall, a four-person table in front of it, while on the left, there are a pair of long, narrow, two-person tables. Finally, in the back, left-hand corner, there’s an L-shaped set of four comfortable chairs made of old pallets and cushions (which look far more comfortable than I am making them sound).

When it comes to coffee, Toro is a true multi-roaster. I just missed some Gardelli from Italy (on the day before) while there was some Has Bean on later in the week. However, during my visit, both the espresso (a Colombian Caldas) and the filter (a Kenyan Gondo AA) were from local roasters, The Good Coffee Cartel, who often feature on Toro’s menu.

Naturally I wanted to try both, and fortunately, Toro offers a tasting flight which lets you do just that, with an espresso, flat white and batch-brew. I paired this with the aforementioned toast for breakfast, a lovely crunchy sourdough, toasted to perfection, which I smothered in butter and jam.

As good as that was, the coffee was even better. The Colombian Caldas made for a great espresso, well-rounded and just as well-balanced. I thoroughly enjoyed it on its own, while in milk, it made for a really sweet flat white with a biscuit-like taste.

The Kenyan Gondo AA provided a real contrast. Not your typical Kenyan, it had a mellow, fruity flavour which I slowly realised was tomato. This was even more evident when Ross gave me some beans to smell. I don’t think I’ve ever had a coffee that smells and tastes of tomatoes before and, while I’m not sure I’d want to drink it every day, just the fact that coffee can taste of tomatoes pretty much made my day!

December 2018: Toro Coffee was a runner-up for the 2018 Happiest Staff Award.

You can also see what Charlotte, in her new blog, Coffee All The Way, made of Toro.