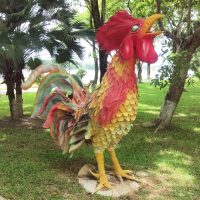 Welcome to the fourth instalment of my Vietnamese Travel Spot, covering my trip to Vietnam from exactly three years ago. I wrote some of it up at the time, but never completed the posts about my train journey from Ho Chi Minh City to Hanoi, a 36-hour epic which I did in three stages.

The first stage, Ho Chi Minh City to Danang, was 18½ hour overnight journey on a no-frills sleeper leaving Ho Chi Minh City in mid-afternoon and arriving in Danang the following morning. The second stage saw me spend a couple of days in Hội An before travelling by train from Danang to Huế, the most scenic part of the route.

This, the final stage, covers my time in Huế, plus the last leg of my journey, from Huế to Hanoi. This involved another sleeper, which left Huế late in the evening and arrived in Hanoi just before midday the following morning. I then had three days to explore the Vietnamese capital before flying back late on the evening of the third day, first to Ho Chi Minh City, then back to Heathrow and home. This, incidentally, was the first time that I flew in business class!

Since this is a fairly long post, I’ve split it into the following sections, which starts with a rundown of my hotel in Huế (after the gallery) and is followed by:

I was inspired to spend some time in Huế after reading about the trip that my friend Bex had taken almost exactly a year before me. I was particularly enthralled by her description of the Citadel, which is what, in the end, drew me to Huế. I would have liked to have spent longer in Huế, but time constraints meant that I was very limited, having a single night, followed by the whole of the next day.

I arrived late in the afternoon of my first day and didn’t venture out of the hotel, which was chosen for its proximity to the train station. That did, at least, give me time to practice making coffee with my newly-purchased cà phê phin (the traditional Vietnamese cup-top filter) which I’d got at The Espresso Station in Hội An.

An unexpected bonus was the amazing sunset I was treated to. Having seen it from the window of my hotel room, I went up to the hotel’s roof-top terrace to get a better view, where I returned the following morning for breakfast (I was spoilt for excellent hotel breakfasts on this trip, with a series of roof-top terraces and the stunning courtyard in Hội An).

After that, I checked out of my room, left my bags with the hotel staff, and went to explore, starting on the southern bank of the Perfume River. I then crossed over to the north bank, the home of the Citadel. Since I planned to spend the rest of the day exploring the Citadel, I fortified myself with lunch before going any further. This was followed by an iced espresso, the second iced coffee of the trip that I’d really enjoyed (the temperature, 35°C, along with the high humidity, might have had something to do with it).

Fortified and refreshed, I set off to explore. You can see what I found after the gallery.

For those who don’t know, Huế was the imperial capital of Vietnam from 1802 to 1945, while the Citadel, a UNESCO World Heritage site, is a massive, fortified city, ringed by a 10 km long moat. It’s effectively a city within the city containing, inside which is another fortified, moated city, the Imperial City, which contains the Forbidden Palace. Building began in 1804 and the citadel was largely intact until 1945, after which it suffered major damage, first in fighting with the French, and then during the Tet Offensive in the Vietnam war in 1968. The ruins that you see today, which are slowly being restored, are the results of these conflicts.

The Citadel is massive, with the Imperial City occupying just a small part of it, near the southern walls. To get there, you have to first enter the Citadel, crossing the wide moat and passing through its an impressive gate in its massive curtain walls. I didn’t really have time to explore the Citadel itself, save for the stretch along by the river, which is a park and foreshadows the Imperial City. The rest of the Citadel, however, is part of the wider city, full of shops, restaurants, cafés and houses.

The Imperial City is accessed via another moat, after which you pass through a massive gatehouse (you also have to pay a modest entrance fee). Once inside you largely have free reign of the grounds, which really are ruins, often no more than foundations of the buildings, although here and there a few buildings remain. The scale of it is breath-taking and the skill of the builders is impressive, on a par with anything else I’ve seen in the region. I could have spent days exploring the Imperial City, let alone Huế itself, and I definitely encourage you to visit. If you’d like to know more, I recommend Bex’s write-up of her visit as a starting point.

You can see how I got on with the train to Hanoi after the gallery. If you want to follow along, then ShareMap has an interactive route map.

After my afternoon in the Imperial City, I had dinner down by the river before returning to my hotel to pick up my bags and heading over to the station. There are five daily trains between Ho Chi Minh City and Hanoi, so there’s plenty of choice over what time of day you want to travel. Even better, there’s one train a day between Ho Chi Minh City and Huế, with another between Danang and Hanoi, effectively making it six trains a day in each direction.

Indeed, it was this “extra” train, the SE20, which runs from Danang and Hanoi, that I caught. With a scheduled departure time of 21:27, it was perfect for me, since it gave me the whole day in Huế (which I’d used to explore the Imperial City), saved me a night in a hotel and arrived in Hanoi at midday. In fact, I’d go further and say it’s the only sensible train to catch from Huế to Hanoi since all the other options either leave Huế in the middle of the night, or arriving in Hanoi at a similar hour!

I got to the station in plenty of time only to find that my train was running 20 minutes late. Since it was dark, I didn’t get any decent photographs of either the train or the station. Similarly, when I boarded, I found that two of the four berths in my sleeping cabin were already occupied by a Belgian/German couple, who’d caught the train at Danang, so I didn’t get any pictures of the interior either. They had one side of the cabin, while I had the lower bunk on the other side. We were also joined by a man who completed the set by taking the bunk above me.

I went to bed almost immediately and slept tolerably well, although the train was not as smooth as the one I’d caught from Ho Chi Minh City to Danang. Here I was being thrown from side-to-side through the night, which didn’t help in my attempts to sleep! Just as I had on the first journey, I awoke at around five o’clock. Not long after, we called at Vinh, when the man in the bunk above me got off. The rest of us dozed on until seven o’clock, when we decided to get up.

As before, I’d brought some food with me, not wanting to venture to the dining car or use the trolleys with my complete lack of Vietnamese. However, I did try some coffee from the trolley which came by a few minutes later. It was instant, with milk, but was surprisingly good, perhaps because it was very sweet.

I enjoyed my coffee as I watched the landscape slowly pass by, very different from the ones I’d seen before. We were still following the line of the coast, but inland, in a wide, flat-bottomed valley with steep, rocky hills on either side. There was lots more agriculture, with numerous rice paddies in the fields in the valley’s bottom, along with more livestock than I’d seen before. There was also a fair bit of industry, freight trains and construction going on.

You can see how the rest of the journey went after the gallery.

We reached our first large city of the morning, Thanh Hóa, at 08:20, still running about 20 minutes late. We trundled through the city, and across the wide, Nam Ma River. The landscape was now much more urban, although there were still occasional fields along the way and, for most of the time, the train was followed by one road or another. We also left the coast, which curved to the northeast, while we continued north, heading in pretty much a straight line for Hanoi.

A word about the train itself, which seemed to me to be more modern and better equipped than the one I’d caught from Ho Chi Minh City to Danang. Like that one, each of the soft-sleeper carriages (the best class) has seven compartments, each with a sliding door which can be locked from the inside. These open onto a long, connecting corridor along the right-hand side of the train with a toilet at one end and a sink (with a kettle) at the other.

Although there was still no Wifi, the air-conditioning was once again very efficient, and actually worked better in the corridor, where it was noticeably cooler than in the compartment. I thought the compartment was better laid out, with fewer sharp edges and bonus features such as individual reading lights for the bunks (handy if you have different ideas of when bedtime is) and power outlets for the upper bunks. There were also hooks for hanging your cloths at either end of each bunk, plus a towel rail, all of which were absent on my train from Ho Chi Minh City to Danang.

We reached our next stop, Ninh Bình, at 09:35, still running slightly late, where the couple got off, to be replaced by a Vietnamese couple with a small baby. The landscape was still predominantly urban until we went through the city of Nam Định at around 10 o’clock, after which it became more rural again. This is how it remained for the next 1½ hours, which was when we hit the outskirts of Hanoi, a sprawling urban environment which instantly reminded me of Ho Chi Minh City. We passed numerous level crossings, with the train at times running down streets not much wider than the train itself, with shop front opening right onto the tracks.

Despite having been late for more of the journey, we actually arrived in Hanoi on time a few minutes before midday. I hoisted my pack and headed off to find my hotel, which was a 20-minute walk in the hottest part of the day!

I stayed in the Cathedral district just west of Hoàn Kiếm Lake in the heart of old Hanoi, a wonderful warren of narrow roads. I had an enjoyable two and a half days to explore, although I wasn’t helped by coming down with a stinking cold (having a temperature when it’s already 35°C and humid is no fun). However, there were plenty of good coffee shops within walking distance, including a couple with that great blessing: air conditioning!

After exploring the city, I head out to the airport on Friday evening for my flight home, which you can read about in the final instalment of this Travel Spot.