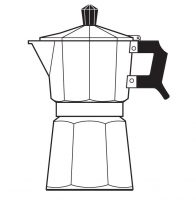 Something very exciting happened in November. I visited the British Library, where I met with Rob, from the Library’s publishing arm. In what turns out to have been a very well-kept secret (or a very poorly publicised one, depending on your point of view) I have written a book, The Philosophy of Coffee, which the British Library is publishing on 25th January this year.

To quote from the book itself, it’s a “short, entertaining and illuminating introduction to the history and culture of coffee, from the humble origins of the bean in northeast Africa over a millennium ago, to what it is today, a global phenomenon that is enjoyed around the world.”

It’s not a big book, just over 15,000 words, with 15 beautiful illustrations sourced from the British Library collection.  It’s also, according to the blurb, “the perfect gift for coffee lovers” so you should definitely buy a copy. Or two.

January 2018: The Philosophy of Coffee has now been published. For more details, including how to get a copy, please read my lastest post on the subject.

June 2022: The Philosophy of Coffee now has a new cover. The design is the same, but instead of the pale blue colour scheme, it now sports a rather striking deep green.

You can find full details after the gallery.

That I wrote The Philosophy of Coffee, part of the British Library’s Philosophy of… series, which includes the surprise publishing sensation, The Philosophy of Beards, is entirely down to Daniel of Cups of Coffee London fame. Daniel was asked if he knew anyone who would be interested in writing the book and he kindly put me forward…

That was at the start of 2016 and while The Philosophy of Coffee is only a short book, it took me forever to write it, partly because it is such a short book. The problems started when I thought “ah, 15,000 words, how hard can that be?”. As an aside, a typical Coffee Spot post is 750 words, so the book is about the size of 20 posts. Since, in a typical year, I write 200 posts, it really should have been easy.

Lulled by this false equivalence, I kept putting off starting the book, thinking it wouldn’t take me very long. Then life got busy, particularly with all the travelling, so I put it back again, and then, suddenly, I found myself running out of time. That’s when I discovered that writing 15,000 on the whole history of coffee, spanning over a millennium, wasn’t as easy as I thought. In fact, it might have been easier to write 150,000 words, because what I found most difficult, having done the research for each chapter, was deciding what to leave out.

What I thought would be a relatively easy task of writing 750 words on any given topic turned into a long, involved exercise of writing far too much then editing each chapter down to an acceptable size. Indeed, there were whole chunks that I decided that to leave out altogether. In all honesty, I could probably write a short book on each of the chapters, but maybe that’s another project…

Along the way, I learnt an awful lot, from the role of Islam in spreading coffee from its Arabian heartlands, through the global spread of coffee, to the rise of Brazil as a coffee-producing nation, which went hand-in-hand with America’s rise as a coffee-consuming nation. There are also some personal reflections at the end about the state of coffee today and where we might be going in the future.

Despite the trials and tribulations of deciding what to leave out and what to keep in, I had immense fun both researching and writing The Philosophy of Coffee. I hope you get just as much enjoyment out of reading it.

Although it won’t be published until 25th January, it is available to pre-order now from the British Library, at the very reasonable price of £9.99. Alternatively, you can pre-order a copy through the Coffee Spot at the much more sensible price of £10. However, in a fit of excellent timing, I’m going to be in America when the book comes out, so I won’t be able to dispatch any pre-orders placed through the Coffee Spot until I’m back in mid February. By way of compensation (or to put you off completely, depending on your point of view) I will be signing all the copies pre-ordered via the Coffee Spot. I’ll even write a dedication for you if you ask nicely.

Finally, you can order the book wholesale if, for example, you are a coffee shop and would like to retail The Philosophy of Coffee. Just drop me a line, and I’ll put you in touch with the British Library who can talk you through setting up an account.

So, what are you waiting for? Get (pre-)ordering now!

14 thoughts on “The Philosophy of Coffee”