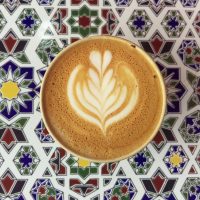 Our second shortlist in the 2018 Coffee Spot Awards is the “Best Takeaway Coffee” Award, which was won last year by Lever & Bloom. It recognises those places which, braving the elements, still produce an excellent cup of coffee. This includes coffee carts, coffee stalls, those Coffee Spots which are so small that they only serve takeaway coffee and those Coffee Spots where I regularly get my takeaway coffee (even if they offer a regular sit-in option).

In fairness, I don’t feature a lot of takeaway places on the Coffee Spot, partly because, for me, a lot of what makes a good Coffee Spot is the atmosphere. This can be hard to achieve at a stall when you’re serving your coffee in a paper cup (another bugbear of mine; so these days I always take my own cup with me!). However, there are plenty of great takeaway places out there, serving excellent coffee, so don’t be afraid to give them a try.

There are 14 Coffee Spots on the shortlist this year, all listed in order of publication. 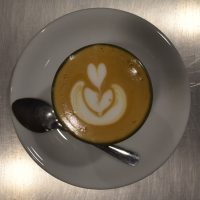 In fairness to Cartel, as you can see from the photo, you’ll get a proper cup if you are staying around, although most customers grab a coffee to go on their way to the gate at Phoenix’s Sky Harbor airport. I bucked the trend by having a latte to go on my arrival from Miami. Cartel is also shortlisted for Most Unlikely Place to Find a Coffee Spot Award. 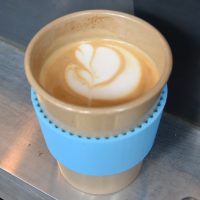 Great coffee and sporting events don’t usually go together, but Lord’s, the Home of Cricket, is leading the way with multiple speciality coffee outlets around the ground. These include Kaffeine (a fixture for many years), Coffee Space, Browns of Brockley, Tom’s Coffee, Ground Coffee Society and the in-house Portman’s Café serving Union Hand-roasted (seen here with my Eco To Go Cup). Also on the Best Saturday Supplement Award shortlist. 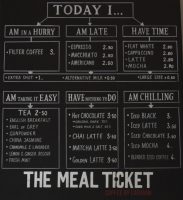 The Meal Ticket is more of a sit-in coffee and food place, newly opened on Sheldon Square behind Paddington Station when I visited this summer. However, it kept me going with flat whites and filter coffees to go when I was there for a week-long meeting, making the perfect spot when I needed to escape during coffee breaks! The Meal Ticket has also been shortlisted for the Best Coffee Spot near a Railway Station Award. 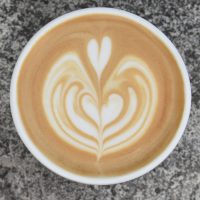 Sticking with Paddington/Sheldon Square, Darcie & May Green are a pair of barges, new additional to the Daisy Green chain. Moored outside the back of Paddington Station, I walked past every day for a week on my way to the office, so it would have been rude not to stop and have a least one flat white to go in my Therma Cup. Darcie & May Green has also been shortlisted for the Best Coffee Spot near a Railway Station Award.

The final one of a trio from my week in London, the CanDo Coffee cart is on Merchant Square, at the other end of Paddington Basin from Sheldon Square. I also walked past it on my way to the office every day, stopping for both flat whites and, seen here, an espresso to go in my Kaffeeform cup. CanDo Coffee has also been shortlisted for this year’s Best Espresso Award.

Koffee Mameya is the successor to Tokyo‘s famed Omotesando Koffee, a pop-up coffee shop once occupyiong the same physical site. Technically not a coffee shop, it’s a retailer with a tasting bar where you can try the beans before you buy. The tasting bar only has takeaway cups though, hence its entry on this shortlist. Also shortlisted for the Coffee Spot with the Best Basement, Smallest Coffee Spot and Best Roaster/Retailer Awards. 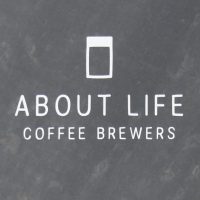 Staying in Tokyo, About Life Coffee Brewers is a coffee shack that was around the corner from my office when I was there in July. A rarity in Japan in that it really does cater to the takeaway market, it has three blends on espresso and six single-origins on pour-over. I managed to try them all during my week-long meeting! About Life Coffee Brewers has also been shortlisted for the Smallest Coffee Spot  and Happiest Staff Awards. 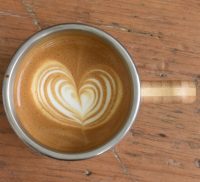 The Lazy Coffee Cart serves espresso-based drinks in all weathers from Abchurch Yard in the City of London. I took my Global WAKEcup for a gorgeous flat white from Curve Coffee Roasters  over the summer. It has a great pedigree too, on the same pitch that once held Flat Cap‘s old Cannon Street site and, most recently, Feijoa Tree. Also on the Most Passionate About Coffee Award shortlist.

Part of the growing Gentlemen Baristas empire, the Coffee Store is a lovely little spot, one of several options in and around Borough Market. Although it offers a sit-in option (just four stools at two window bars) it only has takeaway cups, hence its inclusion on this shortlist. 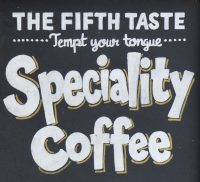 Located on the concourse of Ealing Common Tube Station on the District and Piccadilly Lines, The Fifth Taste is the sort of coffee shop that would make me look forward to my morning commute! It’s little more than a counter in the ticket hall, but has two options on espresso plus single-origin batch-brew. The Fifth Taste has also been shortlisted for the Best Coffee Spot near a Railway Station Award.

Urban Baristas is a small chain with four branches, although chances are its Waterloo branch is the smallest of them all. Located just outside the station, it’s more of a short corridor with a coffee counter at the back, serving espresso from Union Hand-roasted and a rotating cast of guest roasters on batch-brew, plus cake, sandwiches and toast if you’re hungry. Also on the Best Coffee Spot near a Railway Station and Smallest Coffee Spot shortlists. 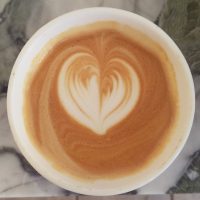 A stalwart of London’s speciality coffee scene on St John’s Hill, near Clapham Junction, I had a rare flat white to go here on my way to the cricket over the summer. Although it’s fairly small in size, it still manages a decent brunch menu, plus the usual espresso-based drinks and single-origins on batch-brew/pour-over, so don’t feel obliged to grab your coffee and go. Story Coffee has also been shortlisted for this year’s Best Breakfast Award.

My Little Cup serves coffee to go, principally to the commuter market, in Montreal’s Underground City from its location next to the McGill metro station. However, if you are staying, there are some neat little espresso cups and glasses for the batch-brew. My Little Cup has also been shortlisted for the Most Unlikely Place to Find a Coffee Spot and the Best Coffee Spot near a Railway Station Awards.

Returning to Tokyo, although this time to a different office, for my second visit of the year, Stockholm Roast, inside the Tobacco Stand, was another place I walked past on the way to the office, so naturally I had to try the coffee, ending up with several flat whites to go, plus an espresso and a pour-over. Stockholm Roast has also been shortlisted for the Smallest Coffee Spot Award.