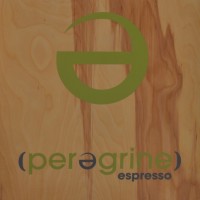 I visited Washington DC in March this year with no great expectations about the coffee. I’d heard of some good places, but I really wasn’t expecting them to be THIS good! Peregrine Espresso, on 14th Street in the northwest quarter, was my second stop of a day which started at Filter Coffeehouse & Espresso Bar and was to end at Slipstream. A tiny place from the outside, like any good TARDIS, Peregrine’s bigger on the inside, but still pretty small, with seating limited to a window bench and some small tables and bar stools along the left-hand wall.

The coffee, however, is awesome, Peregrine serving me perhaps the best espresso and filter I’d had on my entire trip. Since this had included New York and Philadelphia, as well as DC, there was some pretty serious competition! I also had a cinnamon bun with a hat on, which pretty much made my day. Does it get any better than this?

November 2021: I’ve learnt that Peregrine’s 14th Street location has closed, although the other two locations are still going strong. You can see what I made of the original Peregrine Espresso at Eastern Market, when I visited in November 2021.

Peregrine Espresso is a chain of three, all in Washington DC. 14th Street (also known as MidCity) was the second, opening in 2011. It’s an amazing space, the sort of coffee shop I’d love to call my local. Long and thin, but with high ceilings and generous windows, it’s really bright inside. The front is pretty much all window, with a glass door on the left-hand side and three chairs, plus a table, outside on the pavement. Inside, a wooden bench runs the length of the window, a small table at either end. One of these was taken, but I grabbed the other, which was, in my opinion, the best seat in the house.

The bulk of the space is taken up with the massive counter that dominates the interior (in a good way), occupying the back three-quarters of Peregrine. There’s just enough space on the left-hand side for a narrow corridor, which runs all the way to the back, giving access to the cakes, till and espresso machine. Opposite them, against the left-hand wall, are three two-person, bench tables with bar stools, reminding me of Talkhouse Coffee or Charlie’s Coffee Shop. There’s also a little bench and, right at the back, a small bar with a couple of stools.

It’s a shame that there’s so few seats, though, since it’s a lovely space, full of bare brick (the left-hand wall is entirely exposed brick) and wood, which, in the morning (it’s east-facing) catches the sun. There’s also a lovely atmosphere, partly created by the wonderful, friendly staff, such as Matthew, who served me.

Peregrine is unusual in that it only offers single-origins, which, during my visit, included the same Ethiopian Idido bean, but processed two ways, one a natural (sun-dried) and the other washed (honey-processed). I was tempted to try them both to compare the impact of the processing, but Peregrine also runs one of the filters (in this case, the washed Idido) as espresso, so, at Matthew’s suggestion, I went for that option.

As an espresso, it was really bright, but very well balanced, with a nice, roof-of-the-mouth feel and none of the nasty, attacking-the-sides-of-the-mouth feel that makes me pull funny faces. Not my typical kind of espresso, it challenging my preconceptions (in a good way) and I loved it! I could easily have drunk it all day long.

After that, the filter could have been a let-down, but it was also awesome, easily the best filter of the trip. However, it was totally different in taste to the espresso and, if I didn’t trust Matthew, I’d find it hard to believe that it was the same coffee. As a filter, the brightness was gone, replaced by a really mellow smoothness. The balance was still there though, which was something that had been lacking from a lot of the filters that I’d had up until then on my trip.

I paired my coffee with something from Peregrine’s excellent cake selection, selecting a cinnamon bun which looked for all the world like a bun with a Danish pastry for a hat. I mean, how can you not have a bun with a hat on? This was packed with sugary goodness (without being sickly), coupled with a strong (but not overwhelming) cinnamon flavour and an excellent, rich, chewy dough. Perfection!

December 2015: Peregrine Espresso was a runner-up for the 2015 Coffee Spot Award for Best Espresso.

You can see what fellow coffee-blogger Bex made of Peregrine when she visited it a month before I did.