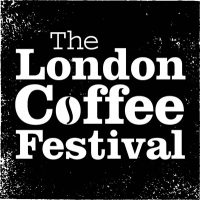 So there we have it, another year and yet another London Coffee Festival come and gone, my fifth in all. After attending all four days of last year’s festival, I scaled things back this year and only went on Friday (the industry day), and on the two consumer days (Saturday and Sunday).

Once again, I’ll be following my tried-and-trusted method of writing a series of themed Saturday Supplements, each covering a different aspect of the festival. Today’s Saturday Supplement is a general round-up, including what I made of the festival, the highs and lows, and what differed from last year. The remainder in the series, to be published over the coming weeks, will cover sustainability, kit & cups, my coffee experiences and the coffee itself.

I’ve been saying this for a couple of years now, but it’s worth repeating: the London Coffee Festival organisers do seem to learn from experience and listen to feedback. Each year, several issues from previous festivals have been addressed and, while the festival is still not perfect, it keeps on going from strength-to-strength, while still continuing to grow. Next year the festival returns to the Old Truman Brewery, this time from 12th to 15th April.

You can see what I found after the gallery, a round-up of what’s new this year.

When I first went to the London Coffee Festival in 2013, it occupied a number of zones on the top floor of the Old Truman Brewery on London’s Brick Lane. Since then, it has steadily expanded as visitor numbers have increased. In 2014, the Milk & Sugar zone, dedicated to fashion and lifestyle, was added downstairs. This was joined in 2015 by the VIP area and, last year, a massive new downstairs area was added. This effectively took over the entire ground floor of the brewery, providing much-needed extra capacity, reducing the pressure/over-crowding in the upper areas and resulting in a more logical layout of the stands, with more clear themes in each of the areas.

The result of this continued addition of space has been dramatic. There was a point, back in 2014, when I thought the festival might become a victim of its own success, cramming ever more visitors into a space too small for them. Fortunately, this fear proved unfounded, and 2014 appears to have been the low point. Since then, despite increasing visitor numbers year-on-year, each successive festival has felt less crowded to me and the discomfort I experienced back in 2014 has not been repeated.

The good news is that all this progress was continued this year, the festival feeling less crowded than last year, even though it didn’t add much additional space. The main difference was downstairs, where the Milk & Honey zone was expanded slight at the back, although I’m not sure many people ventured down there, unless they were going to the pre-booked events in the Tasting Room, where various “coffee and…” pairings where held. Meanwhile, the actual area devoted to the life-style component of Milk & Honey was reduced, allowing part of an expanded Roasters Village (a new feature from the previous year) to move in, along with other exhibitors who would, in previous years, have been squeezed in upstairs.

Talking of the Roasters Village, last year it was upstairs, behind the La Marzocco True Artisan Café. This year, it was expanded and split in two. As well as the outpost in Milk & Honey (Roasters Village South), there was also an even larger area upstairs (Roasters Village North) in the space vacated by the UK Barista Competition (UKBC), itself another change. This year, rather than competing with the Coffee Masters competition, the UKBC has moved to its own dedicated event.

The final layout change was the opening of a small VIP outdoor area, upstairs behind the new roasters village. This was the home of the infamous table football, where I was uncompromisingly thrashed 10-5 by Henrik of Climpson and Sons (this despite taking a 1-0 lead!). However, he felt so sorry for me that I was rewarded with a bag of a most excellent decaf Ethiopian which is currently making its way around Japan with me.

There were also a couple of notable additions that caught my eye. The first was the pop-up restaurant from Grind. Last year this was operated by Scandinavian Kitchen and (I believe) only offered a pre-booked pairing menu. Although this was still on offer this year, Grind was also serving all-day brunch: just turn up and wait to be seated. What an excellent idea! The second is a subject close to my heart: decaf. For the first time, there was a dedicated decaf stand, run by Swiss Water.

You can take a quick tour of the festival after the gallery.

The entrance to the coffee festival is the same as ever, on the Hanbury Street side of the Old Truman Brewery. Since 2016, this has led you into the main downstairs area, where the Coffee Masters competition area is dead ahead. As always, it’s worth mentioning the queues.

These days I’m lucky, since my press pass allows me to sneak in at the back. However, there are still large queues at the main entrance on the public days. I didn’t venture out front much, but if you do ever come for one of the public sessions, I recommend arriving about half-an-hour before it’s due to start, otherwise you could spend a large part of your three hour slot waiting to file in!

Downstairs was the preserve of the larger brand names and manufacturers, such as Bonavita, Faema, Nuova Simonelli and Sanremo, all of whom were clustered around the Coffee Masters arena, along with roasters Climpson and Sons and Assembly/Volcano at Home. There were a few smaller stands off to the right, with an interesting collection of roasters and smaller outfits selling all sorts of coffee-related kit. Off to the left was the roasting/cupping area. Loring was giving live roasting demonstrations and there were regular cuppings taking place throughout the festival. You’d also find big names such as Caravan down here. Beyond that was the Grind pop-up restaurant.

From the downstairs section, three routes led into the old Milk & Sugar area, although in fairness, one of these was through the VIP area, so off-limits to most people (and yes, they do check!). If you are a VIP though, the main area is back here, linking the VIP entrance with Milk & Sugar.

As I’ve mentioned, Milk & Sugar has been expanded to include an outpost of the Roasters Village, along with several more exhibitor stands, a tasting/pairing classroom and the latte art demonstrations, although from what I saw, these were at least three deep in people at all times! It’s still the case that to get upstairs, everyone was funnelled up the single flight of stairs leading out of Milk & Sugar. I’m pleased to say, however, this year it wasn’t nearly as much of a bottleneck as it was last year.

Upstairs, the layout’s hasn’t changed much. To the right, the main hall (Hyde Park Zone) houses big industry names, including Starbucks, plus the main stage, where various bands played throughout the weekend. Towards the back there’s a Tea Village, plus various chocolate stands, as well as old friends Cakesmiths, while the La Cimbali stand, near the main stage, is also worth a visit.

Ahead is the True Artisan Pop-up Café, lined by stands from some of the larger independent roasters (Grumpy Mule, Union Hand-roasted and Allpress were all back, joined by Taylor Street Roasted) as well as equipment suppliers, plus hot chocolate suppliers and old friend of the Coffee Spot, Kokoa Collection.

To the left is the Innovation zone, housed in a couple of narrow corridors, lined with stands on both sides, now the only real bottleneck in the whole festival, other than the crowded area in front of the Coffee Masters arena. Beyond that is the other part of the Roasters Village, with the outdoor VIP area off to the left.

The remainder of upstairs was given over to the lab (where the talks are given) and the Shoreditch zone, with more roasters and small(er) exhibitors. This included old favourites such as The Roasting Party, Ozone and the Artisan Coffee School. Finally, right at the back is the White Label Kitchen, four large food stands in their own dedicated space, with plenty of room to queue, plus a separate, dedicated seating area, as well as a bar. Best of all, three of four stands offered a wide range of vegetarian and vegan options, so no-one goes hungry!

I’ll leave you with some of the highs and lows of the festival, starting, after the gallery, with the lows.

Every year, I note that there’s no cloakroom and nothing’s changed there. So whatever you bring, you’re going to have to carry it around the festival with you (including in the case of one person I saw, a dog!). I’ve also complained in past years about the lack of water. These days this is less of an issue since there is water available, but I still think that there should be more.

Another innovation was the introduction of coffee cup recycling bins. The festival must go through tens, if not hundreds of thousands of disposable cups every year. While the bins were a welcome addition, there weren’t nearly enough of them. Personally, I’d like to see a reusable cup included in the price of admission, with maybe a discount for those who bring their own…

A major bugbear of mine has, and still is, the music. It’s something that plenty of other people have complained to me about. Put simply, on the consumer days, it’s just too loud, and every year it seems to get louder. Even the VIP area, which would be the ideal place to go to relax, has (to my ears) ridiculously loud music which drove me outside on a couple of occasions.

I’ve said it before, but it’s worth saying again: to me, the whole point of the festival is to encourage engagement, but it’s very hard to engage when you struggle to make yourself heard over the ever-present music. Almost everyone I spoke to on the stands was hoarse by the end of Saturday and there were several times I just ducked out because it was too loud and I was starting to get a headache. I understand the desire to use music to create an atmosphere, but at the volumes it is currently played at, it’s counter-productive.

However, rather than end of a low-note, I’m going to leave you with some highs and, as much as I dislike “top 10” or “best of” lists, the following is a quick rundown of my personal favourites from this year’s festival. So, my favourite:

You can read all about these and what else I got up to in the remaining Saturday Supplements in the series,starting with my look at sustainability.

In closing, the festival was immense fun, even better than last year. Next year it’s one weekend later, so put the dates 12th to 15th April in your diary right now!