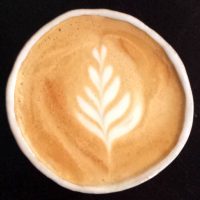 Tab x Tab is the latest (and much needed) addition to west London’s speciality coffee scene, opening at the end of July on Westbourne Grove, not far from Paddington Station. The brainchild of husband and wife team Mathew and Charmaine, it brings top quality coffee to an area of London that has, up until now, been sorely lacking it. It’s also got a Mavam espresso machine, which, I believe, is just the second one in the UK.

The shop’s set back from the busy street, so you can walk past it if you’re not paying attention. Long and thin, with the long side running along Westbourne Grove, it’s a bright, open space with plenty of outside seating, features it shares with Treves & Hyde, the home of the UK’s other Mavam.

When it comes to coffee, Tab x Tab has teamed up with local roaster, Ozone and Amsterdam roaster, Bocca, which I’d not come across before. There’s a seasonal house-blend on espresso, plus a single-origin guest, joined by another single-origin on bulk-brew. Currently a selection of pastries and light bites are available, but as the kitchen behind the counter gets up to speed, expect a full brunch menu to appear.

I visited Tab x Tab in just its second week of operation, and am indebted to Caffeine Magazine for the heads up. Set back from the busy Westbourne Grove, Tab x Tab occupies the right-hand side of a building on the corner with Hatherley Grove, about a 10-minute walk west from the rear of Paddington Station. Annoyingly, when I used to stay in London for work, I’d regularly walk past the building on my way into the office. Where was Tab x Tab when I needed it?

Tab x Tab faces Westbourne Grove, its central, glass double doors offset to the right between two brick pillars. To the left, there’s a single, large, floor-to-ceiling window, in front of which are a pair of four-person tables sheltering under a porch. To the right, there’s a smaller floor-to-ceiling window with another pair of tables. Inside, the broad counter, a custom-built concrete affair, is directly opposite the doors, with the till in the centre, cakes to the right, coffee to the left. There is also a small, open kitchen off to the left, behind the counter, where all the food’s prepared.

The bulk of the seating is to the left, but over in the right-hand corner is a two-person sofa with a coffee table, surrounded by plants. There’s also a gap down the right-hand side of the counter where there are a handful of bar stools, the ideal place if you want to be out of the way but able to see what’s going on. Like the front of Tab x Tab, this side is all windows, making it a very bright spot. Off to the left, a six-person bar runs the full width of the window. There’s also an eight-person communal table running front-to-back in the centre of the space, plus a pair of conventional two-person tables against the left-hand wall.

The windows obviously make it a bright space, while the décor of grey painted walls, grey, concrete counter and grey tiled floor gives it a clean look. However, the addition of multiple plants prevent it from slipping into austere/clinical.

Naturally I was drawn to the Mavam espresso machine, with Lucas, the head of coffee, more than happy to sing its praises. In contrast to the UK’s other Mavam, at Treves & Hyde, this one was stainless steel, looking particularly elegant as the group heads rose from the smooth, grey counter. One of the Mavam’s neat features are the double-lined steam wand, which means that even at full power, the wand itself is cool to the touch.

Tab x Tab has started with Ozone’s Brothers seasonal blend on espresso where it’s joined by a Brazilian single-origin from Bocca, which is exclusive to Tab x Tab in the UK, as the guest espresso.  There was a second single-origin from Bocca, this time an Ethiopian, on bulk-brew. While Ozone and Bocca will be the main roasters, Tab x Tab is always on the lookout for guest roasters, particularly on filter.

Having never heard of, let alone tried, Bocca before, I had to have the guest espresso, going for a flat white, which turned out to be the ideal first coffee of the day. Served in a beautiful, handleless pottery cup it was a smooth and creamy, the coffee and milk going particularly well together.

You can also see what fellow coffee bloggers Bean There At made of Tab x Tab, while Bex of Double Skinny Macchiato also sampled the new all-day menus.