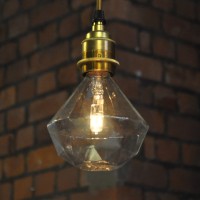 When I go to Manchester for Cup North, it’s traditional that I start at least one of my days by visiting Grindsmith. Last year it was the original, the Pod on Greengate Square, which I help fund through Grindsmith’s successful Kickstarter campaign. Back then, the staff were talking excitedly about Deansgate, then the home of the Grindsmith Trike and soon to be the second permanent Grindsmith. Disappointingly (for me) it opened shortly after Cup North, so no prizes for guessing where I went on my return this year…

My initial reaction to the Deansgate Grindsmith is its size. A more traditional coffee shop setting than the pod, what it loses in intimacy, it more than makes up for in space, seating, an expanded food offering and gorgeous, brick arches. I know that might not appeal to everyone, but really, brick arches! How cool is that?

The same Grindsmith dedication to quality coffee is still there, though, with a single-origin from Heart & Graft as the house-espresso, plus decaf and a regularly-rotating guest espresso. There’s also a dedicated brew-bar, with Kalita Wave and Syphons on offer, plus bulk-brew filter for those in a hurry, and, of course, loose-leaf tea.

January 2020: Grindsmith has closed its Deansgate location, but there’s a new Grindsmith just up the street and around the corner on Bridge Street.

Grindsmith shares with the building’s main tenants, Central Working and Rise, a co-working space and start-up incubator respectively. They were so impressed with Grindsmith’s Trike (and who wouldn’t be?) that they invited Grindsmith in on a permanent basis. Grindsmith/Central Working/Rise are in the Great Northern Warehouse, a fantastic example of brick-built Victorian architecture, constructed at the end of the 19th century for the Great Northern Railway.

Grindsmith occupies a pair of huge brick archways, as deep as they are tall and only slightly wider, facing onto Deansgate. At the back, steps lead up from both arches to the shared spaces of Central Working. Although Grindsmith only goes as far as the bottom of the steps, customers are welcome anywhere on the ground floor, while Central Working and Rise occupants are frequently found inhabiting Grindsmith’s many tables (they get a discount… Seriously? A discount, as well as having Grindsmith on the premises? I’d pay a premium just to have Grindsmith in my office!).

Both arches are glass-fronted, making it a bright space, even on a typical, gloomy Manchester day (it was, of course, raining. Did you really need to ask?). Although both arches have doors, only the one on the right is in use, leading into the first of the two spaces, which holds the counter and a limited amount of seating. Window-bars are either side of the door, with an L-shaped sofa-bench to the left (of the sort familiar from The Pod), and, in a cosy nook to the left of the stairs, more sofa-benches.

Opposite the counter, a long, narrow corridor connects to the second arch. There’s more seating here, although it’s still well-spaced. There’s another nook by the stairs immediately to your right, with three two-seater sofa-benches, while the bulk of the seating’s to your left. Looking towards the (non-opening) doors, which are flanked by another pair of window-bars, there’s a pair of four-person tables, one to the left, the other in front of the doors, with an L-shaped sofa-bench to the right. And that’s it, except, of course, if it’s really busy, the rest of the ground floor’s at your disposal.

Grindsmith has recently moved from blends to having a single-origin (from Heart & Graft) as the house espresso, which changes every six weeks or so. It’s also just taken delivery of a new Victoria Arduino (white) Black Eagle espresso machine and a second Mythos One grinder, allowing Grindsmith, in addition to decaf, to start serving a guest espresso. During my visit, the house was a Rwandan, while the guest was the limited-edition Cup North blend.

As if that wasn’t enough, Grindsmith also offers bulk-brew, using a filter blend from Cornwall’s Origin, plus a range of single-origins on the brew bar from Heart & Graft, with guests such as Origin, North Star, Foundry and J Atkinson & Co. (who also do all the tea).

I started by day with a commendably short (5.5oz) flat white, made with the Rwandan. Sweet and smooth, it blended very well with the milk, which hasn’t always been my recent experience when it comes to Rwandan espressos. I paired this with an Apple Danish for breakfast. This was very sticky (tricky when you’re trying to type at the same time!), but with a lovely, rich pastry and a generous, chunky apple filling.

November 2016: Back in Manchester for another Cup North (now the Manchester Coffee Festival), you can see what I made of the new Grindsmith branches at Media City and Cross Street.

If you enjoyed this Coffee Spot, check out the rest of Manchester’s speciality coffee scene with the Coffee Spot Guide to Manchester. You can also see what fellow coffee blogger Bex of Double Skinny Macchiato made of Grindsmith when she visited in 2016.