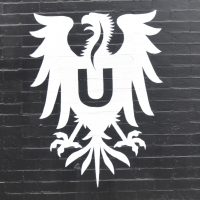 Ultimo Coffee provided my first Philadelphia  speciality coffee experience when I visited its Graduate Hospital branch on Catherine Street in 2014. Back then, there were just two locations, that one and the original, Newbold, on South 15th Street, but in 2017, Ultimo opened a third, more central, location just west of Rittenhouse Square which I visited on my way to the station during my trip last year.

Easily the smallest of the three locations, its comparative lack of size doesn’t limit its ambitions when it comes to coffee. On my previous visits to the two other Ultimo locations, it was using Counter Culture, but in 2016, Ultimo started roasting its own coffee in the Newbold location (sadly after I visited). I was therefore excited, since this was my first chance to taste Ultimo’s coffee.

There are several seasonal single-origins available at any time (there were five during my visit), all available as pour-over, with three of them on espresso, two iced and one through the Aeropress. If you’re in a hurry and it’s before 11 o’clock, there’s also one on batch-brew. Add to that 12 different teas, plus a selection of cakes and bagels, and Ultimo has you covered.

Ultimo is a block from Rittenhouse Square, on the corner of South 20th and Locust Streets, occupying the ground floor of a black, four-storey residential building. The short side faces west onto South 20th, where you’ll find the door and a pair of windows, while the long side (it’s maybe twice as long as it is wide) faces south, pierced by another two windows.

In contrast to the rest of the building, Ultimo’s façade is white, as are the window frames, a theme that is continued inside, where the walls are a mix of whitewashed plaster and whitewashed brick. The floor, meanwhile, is made up of small, white hexagonal tiles and the ceiling is also painted white, giving the interior a very simple, calming look.

The counter has the cakes at the front, with the retail bags of coffee cleverly placed on low-level shelves on the corner, which are followed by the till. The pour-over comes next, on display for everyone to see, Ultimo using the BeeHouse dripper. Finally, there’s a La Marzocco Strada and Mahlkönig Peak (both in white, of course).

The Peak holds the featured espresso (top one on the list) with everything else, filter and espresso, ground on a Mahlkönig EK43 behind the counter, where you’ll also find the batch-brewer, in operation until 11 o’clock. Everything, including decaf, is pre-dosed and stored in plastic containers off to the left, which speeds things up immensely.

If I’d had time and unlimited caffeine tolerance, I’d have chosen the Ethiopia Homacho Waeno, available through the BeeHouse, Aeropress and on espresso. It would have been great to compare all three methods! As it was, I had to limit myself to one, selecting a pour-over of the Kenyan Karatina, standing at the counter to watch it being made.

The baristas like the BeeHouse, finding it very consistent, with it’s single ridge at the bottom, pierced by two holes. The method Ultimo uses calls for a short first pour to allow the coffee to bloom then a single main pour, leading to a two-minute extraction overall. If the even bed of grounds left in the filter paper are anything to go by, it was a very even extraction.

The resulting coffee was lovely, fruity and smooth. Served, as it should be, in a carafe with a cup on the side, it kept on giving as it cooled, developing more subtle notes. I think Ultimo has cracked this roasting lark.