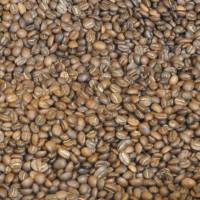 Welcome to the third instalment of my Coffee at Home sub-series where I look at the coffee itself. In Part I, I looked at the concepts of direct trade and why knowing where your coffee comes from is important. Meanwhile, Part II was all about blends, the art of combining different coffees in order to create a specific taste profile, which neatly leads us onto this, Part III, which is all about why coffee tastes the way it does.

So, what affects the way a coffee tastes? Well, it turns out pretty much everything. The specific bean, where it’s grown, the altitude, the amount of sunshine, how its picked, how its processed, how its roasted… And that’s all before it gets to you, since how you make your coffee throws another variable into the mix.

It’s a subject that you could write books about, so I’m not going to be able to cover everything in one blog post. In fact, I’m going to write several, starting with a quick guide on tasting notes and how to read the information on coffee packaging. I’ll also nail a common misconception while I’m at it.

Now, I will admit that I’m not the best person to be writing about tasting coffee. I have a notoriously poor palate when it comes to distinguishing flavours in coffee. I used to describe it as binary: that is, I liked a coffee or I didn’t and I couldn’t tell you much more than that! It’s evolved since then (seven years of drinking really good coffee will do that for you) but even now, I struggle to get much in the way of specific detail. It always amuses me when I go for coffee with Amanda because she’ll get things like “cedar and orange, with a touch of clove” where I get a “deep, rich flavour”.

Occasionally, I will recognise distinct notes, such as at last year’s London Coffee Festival when I had Taylors of Harrogate’s Red Geisha from La Negrita in Colombia, which just screamed strawberries at me (it really was an amazing coffee). However, while those moments are few and far between, I am becoming more discerning about coffee and can recognised distinct differences between various coffees.

Let’s start with the coffee itself. In the wild, coffee has over 120 individual species although just two dominate commercially grown coffee: Arabica and Robusta. While other species are occasionally commercially grown, such as the Coffea eugenioides (Eugenioides for short) that Amanda and I had at Terremoto Coffee in New York, Arabica makes up the majority of coffee grown around the world, and accounts for the vast majority of speciality coffee.

In comparison, Robusta has a darker, more bitter taste and while I didn’t mind it when I first started the Coffee Spot, as my palate has evolved, I’ve grown to dislike it and the distinctive flavour it imparts. As an example, I tried the Holy Mountain blend from Chromatic Coffee in San Jose this time last year, 20% of which is a high-quality Robusta from the Amazon rainforest. Even in those small quantities, I could taste its influence and while it wasn’t unpleasant, it was a little more bitter than I like.

The rest of this post will focus on Arabica coffee, where there are numerous subspecies, known as varietals, which are either naturally occurring or which have been specifically cultivated to promote certain characteristics (often yield or disease resistance). While these different varietals can often have quite specific taste profiles, it’s an area that I’m only just starting to explore, so I don’t have that much to say about it. Instead, I want to talk about how you can read the tasting notes and other information on a packet of coffee, but before I do that, I’m going to nail a common misconception, which is that coffee from specific countries tastes a certain way.

While it is true that you can assign broad taste labels to coffee coming from certain countries or regions, it is, in my opinion, a bit of a lazy shorthand. And before anyone complains, yes, I am aware that it’s a lazy shorthand which I’m definitely guilty of! For example, the coffee used as an illustration at the start of this post was an Indonesian Sumatra Mandheling and what I actually said was that “I got the deep, rich flavour that I associated with all Indonesian coffees”. In a similar vein, my latest Coffee Spot, The Miners Coffee and Characters, which I only wrote two days ago, I described my Ethiopian Kochere Debo as having “classic Ethiopian floral notes”.

However, coffee has a wonderful, natural variety  that isn’t limited or defined by simple geography. This really hit home for me when I visited the original Café Integral in New York. Run by the Vega family, all the coffee comes from farms in Nicaragua and yet the range of flavours on offer is huge. I found the same thing when I was travelling in Thailand in 2018, where I drank a lot of high-quality, Thai-grown coffee that displayed an amazing variety of flavours. Slightly closer to home (Birmingham in fact), last year I discovered the wonderful Ngopi, which only serves Indonesian coffee, again with an amazing range of flavours.

So, if country (or region) of origin can’t be used as an indicator of flavour, what can? You can find out after the gallery.

Let’s start with tasting notes, which you’ll find on most bags of speciality coffee. The Bukonso Dream, a Ugandan single-origin from Lost Sheep Coffee, which I’m currently enjoying, mostly through my V60, describes itself as “juicy apricot & sherbet zing”. Similarly, the Rotate Espresso from Balance Coffee, which I started yesterday, has “notes of yellow plum, juicy apple, creamy caramel and nuts”.

Other coffees will go in for less colourful language. For example, the Brazilian Fazenda São José from Blueprint Coffee that I had last month goes with “milk chocolate, hazelnuts and orange rind”. At the other end of the scale, some roasters dispense with specific flavours altogether, with Surrey Hills Coffee’s Holmbury Hill blend describing itself as “delicate and subtle”.

If you have a discerning palate, you might get some (or all) of those specific flavours. If not, you might, like I do, look at broader categories, such as chocolate, nuts, fruit or berries. That should get you started at the very least.

Beyond that, coffee packaging will often provide you with a range of other information, including the altitude that the coffee is grown at and the varietal, which I mentioned earlier. Altitude is frequently given as a range and, as a very rough rule of thumb, the higher the altitude, the better the quality of the coffee. When it comes to varietal, you’ll often find several listed: even when the coffee comes from a single farm, the farmer may well be growing several different varietals.  Just to give one example, the San Lorenzo espresso from Curve Coffee Roasters that I was enjoying at the start of the month is a mix of Caturra, Castillo and Colombia varietals.

Of course, this more detailed information only applies to a single-origin coffee (although some roasters will give this level of detail for each component of the blend. However, there is another level beyond single-origin, which goes by the term microlot. This is where the coffee doesn’t just come from a single farm: instead it comes from a specific part of the farm or perhaps from a specific varietal which is harvested and processed separately from the rest of the farm’s coffee. If you’re interested in finding out more, then the Union Hand-roasted blog has a great article on microlots.

There are two more determinants of flavour (or, more accurately, my expectations of flavour) which have a major impact for me, and these are processing and roast, both of which I cover in Part IV of this series.