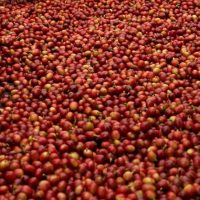 Welcome to this, the fifth and (for now) final instalment of my Coffee at Home sub-series looking at coffee. I started the series with the concept of direct trade, explaining why knowing where your coffee comes from is important. I followed that by considering blends, the art of combining different coffees in order to create a specific taste profile. In the third instalment, I introduced the idea that pretty much everything has an impact on how your coffee tastes, all the way from the farm to the roaster, before looking at what are, for me, the two biggest factors: processing and roasting. Which brings us neatly to this fifth instalment, how preparing and serving your coffee affects how it tastes.

At a very basic level, how you prepare your coffee obviously effects its taste. An espresso tastes very different from a pour-over, even using the same bean. However, the effects can be more subtle than that, which is what I want to explore in this post. It also goes beyond the basics such as preparation method. Almost everything changes how you perceive flavour, from the temperature of the coffee right down to the shape of the cup.

The way you prepare your coffee has a direct impact on how your coffee tastes, something I hadn’t given a lot of thought to until I ran into Lee Hall, then with Matthew Algie, at my first ever Caffé Culture Show in 2013, where he gave a fascinating demonstration. Lee prepared the same coffee through two different pour-over method (a Melitta-style ridge-bottomed filter and a Chemex). You might think that since they were both pour-over methods, they would produce similar results (that’s what I was expecting), but instead they produced a noticeable difference in taste.

I did a similar thing the following year when I held a coffee tasting for my birthday with a group of largely non-coffee geek friends. This time we put the same coffee through an Aeropress, then pour-over filter and, finally, cafetiere. The difference was so marked that some of my friends were convinced we were using different coffee beans for the different methods.

In a similar vein, Rob Ward of La Cimbali, held an amazing sensory session at the 2015 London Coffee Festival, where he prepared the same coffee through four different methods to highlight how each method changed the way the coffee tasted. A more recent experiment occurred last month, when, as part of my post on the moka pot, I made a series of coffees, comparing the moka pot with different preparation methods. In each instance, the taste of the coffee varied depending on the preparation method.

This is down to the way different methods extract (or fail to extract) the various complex elements that make up a coffee’s flavour. The cafetiere, for example, tends to promote body over a coffee’s more subtle notes, which down to more of the coffee’s natural oils being present in the brewed coffee, which give it the body. In contrast, the filter paper in a pour-over will retain more of these oils, resulting in a lighter, cleaner cup, often enhancing the more subtle notes. So, I’d encourage you, if you do have different brew methods, try your coffee in each of them, seeing how the flavour of the coffee changes with each one.

However, it’s not just the way you prepare your coffee that makes a difference. Temperature is also important, which you can read more about after the gallery.

When I first take a sip of a cup of coffee and people ask me how it tastes, I’ll usually reply it’s too hot: for me, when I’m drinking something really hot, all I can taste (or maybe sense is a better phrase) is the heat. It’s only when the coffee has cooled down that I really start to taste (and hence appreciate) the flavours. Sometimes a coffee won’t change much as it cools down, but other coffees will develop as they cool, with different elements of the flavour coming to the fore.

I’m not sure why coffee should do that, but it’s something I first learn from Greg, owner of Reading’s Workhouse Coffee, who encouraged me to let my pour-over go almost cold before finishing it. Since then, I’ve been a devotee of playing with a coffee’s temperature, preferring to have my served in a carafe with a small cup on the side. While the coffee in the carafe keeps warmer for long, the coffee in the cup cools more quickly, allowing me to experience a wider range of temperatures. It’s really quite wonderful to drink a coffee that you don’t think very much of only to come back to it five minutes later to discover that it’s magically evolved into something really special.

This is how I drink all my pour-over, Clever Dripper and AeroPress coffee at home now, prepared in a carafe (or a metal jug in the case of the AeroPress) and then drunk from a small, bowl-like cup. I encourage you to do the same.

There’s one last area that I want to cover and one that might not seem so obvious, but that’s the shape of the cup, which you can read more about after the gallery.

You might not think that the shape of the cup you drink your coffee out of would have much impact on how it tastes, but it does. Looking back, I’ve always been aware of it, having always had favourite cups, particular when it comes to espresso, but I had thought that was more down to aesthetics and the feel of the cup rather than it actually changing the way you taste coffee.

It’s only relatively recently that this has been brought home to me, the first time being in 2018 when I was in Discourse Coffee in Wisconsin. Ryan, the owner, stopped me halfway through drinking an espresso (a washed Ethiopian Sidamo from Milwaukee’s Pilcrow Coffee) which he’d served in an hourglass shaped pottery cup. Ryan took my unfinished espresso and poured it into a cylindrical pottery cup which really accentuated the sweetness of the coffee over its acidity. Honestly, the difference was so pronounced that if I hadn’t seen it with my own eyes, I’d have sworn it was two different coffees.

I had a similar experience at the Maruyama Single Origin store in Aoyama, Tokyo. Maruyama serves the same espresso in two different cups, one a wide-brimmed demitasse cup designed for three-time Japanese barista champion, Miki Suzuki and the other a classic tulip cup. Again, the same coffee tasted very different in the two cups.

I tried the same experiment myself this week, making my daily espresso and splitting the shot between a cylindrical espresso cup (which I hardly ever use) and my broad-brimmed Tazza D’Oro cup. I picked these because they were the most contrasting cups I could find in my collection (although I have a lot of espresso cups, they tend to be similar in shape, either classic bowls or tulips). As I expected, my espresso tasted different, with the Tazza D’Oro cup really accentuating the acidity in the coffee.

If you’re wondering why the shape of the cup should change the way the coffee tastes (or perhaps more accurately, change the way we perceive the coffee’s flavour) then I point you to Rob Ward of La Cimbali, who held another of his excellent La Cimbali Sensory Sessions at last year’s London Coffee Festival. Rather than repeat everything here, I suggest you read what I wrote about it at the time: it’s fascinating!

So there you have it: a quick tour through the many wonderful and varied way you can change the way your coffee tastes from the comfort of your own home. Have fun!