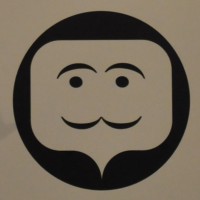 Kioskafé is the latest venture by Monocle, which London coffee-lovers may know through its café in Marylebone (plus another in Tokyo). Kioskafé differs from its parent in that it’s a hybrid, a cross between a newsgent (the Kiosk part) and a café (the -afé part). On Norfolk Place, it’s also significantly further west (on a central London scale; we’re not talking west, as in Ealing, or, heaven forbid, Bristol, although both are easily reached through nearby Paddington station).

That’s right, Kioskafé is just around the corner from Paddington (and across the road from St Mary’s Hospital), where it joins a small but growing band of speciality coffee shops led by Beany Green and KuPP. Serving Allpress’ Redchurch blend on espresso, Kioskafé also offers some seriously good cinnamon/cardamom buns from Fabrique Bakery, which are well worth trying. I am, by the way, indebted to Adam, a fellow Beany Green addict, for putting me onto these and for reminding me that Kioskafé had actually opened.

An excellent takeaway option if you happen to be passing by, if you’re planning on staying, there’s a choice of a pair of window bars or one of the four tables in the surprisingly comfortable outdoor seating area.

Once-upon-a-time, before the ubiquity of the internet, coffee and newspapers were natural bedfellows. I remember when my afternoon coffee break consisted of perusing a paper over my daily espresso. Nowadays, coffee shops with newspapers are rare (although I occasionally come across one). However, I can’t remember when I actually read a newspaper in a café (articles on my phone don’t count!). In this respect, Kioskafé’s a throwback, or, more accurately, a modern reinvention of an age-old pairing.

At first glance, Kioskafé looks like a little corner café, a row of four neat two-person tables nestling between dark railings and a pristine, cream front. On a corner of Norfolk Place, close to its junction with Praed Street, Kioskafé’s door, which seems to be permanently propped open, is on the right-hand end. Looking inside is your first clue that this might not be what it seems. Unless the angle’s just right, all you see is rack-upon-rack of glossy magazines, an impression reinforced by a glance in the windows. Rather than displaying cakes, bags of coffee, or the latest espresso machine, there are yet more magazines.

All becomes clear when you step inside. Kioskafé is L-shaped, the door in the corner. To your right, all three walls of Kioskafé are lined with magazines. However, this is no corner shop newsagents, thumbing through the titles to see what’s what. Here each magazine is individually displayed, like printed artworks lining the shelves. There are also two tables in the middle, equally well laid out.

The coffee’s to the left, along with the only interior seating, two window-bars, each with three low barstools. Opposite is the counter, where you can pay for your magazines as well as order your coffee. The espresso machine at the far end of the counter, has a pair of grinders, one for the Redchurch, the other yet to be decided. Kioskafé initially offered decaf, but lack of demand (two decafs ordered in the opening fortnight) is causing a rethink.

Kioskafé opened at the end of September. I gave it a week to settle in, then popped by the following week and the week after (last week) to say hello. Both times I had flat whites, first in JOCO Cups, then in my Keep Cup (Kioskafé only has takeaway cups). The coffee itself held no surprises: a typical Allpress flat white, slightly darker than the sweet flat whites I’ve become used to at Beany Green.

On my first visit, I sat outside on a mild, early October day. Although the road’s busy, it’s a pleasant spot. However, the smokers also congregate here, so should you find yourself sitting next to one, that might change! I also wonder what it‘ll be like as the days shorten, although there is a generous hoarding to keep the rain off.

First time around, I paired my flat white with an awesome cinnamon bun. This consisted of a rich bread dough, infused with cinnamon, topped with a sweet cinnamon-sugar glaze. On my return, I threw caution to the wind and had a cardamom bun, which was every bit the equal of its cinnamon cousin, if not better. It had the same base of rich pastry dough, this time topped with a cardamom glaze. Both buns were wonderful without being sickly sweet, although both are rather physically sticky.

October 2015: this might be the quickest Coffee Spot Update I’ve ever done, but when I popped in on Thursday, the day I published this Coffee Spot, I noticed that Kioskafé is now serving a choice of two sandwiches (chicken or egg) from Waso. These come in a neat box, comprising three small sandwiches with a side order of salad, which is a nice touch. Personally, I’d have preferred wholemeal bread, but with a range of two to choose from, you can’t have everything!