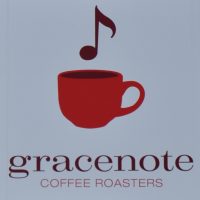 I’ve been a fan of roasters, Gracenote, for a while, having first had its coffee at Boston’s delightful Render Coffee. Based in Berlin, Massachusetts, where it’s been roasting since 2012, Gracenote took a first step into serving its own coffee with a lovely coffee bar in downtown Boston, which opened in October 2015. During my most recent visit in February 2016, it was the place that everyone in the area (including Providence, Rhode Island) said I had to visit, and they weren’t wrong!

The coffee bar’s standing-room only, catering primarily for office workers from the area around Boston’s South Station. A lovely Modbar installation provides espresso, offering house-blend, a single-origin or decaf. There’s batch brew filter, cold-brew on tap and a choice of speciality tea. Naturally you can buy all of Gracenote’s coffee in retail bags, whole bean or ground-on-demand. If you’re hungry, there’s even a limited selection of sweet treats.

Gracenote is on the corner of Tufts and Lincoln. A long ramp, starting on Tufts, runs back along Lincoln, a glass door at the top. This is at 45⁰ to your left, effectively cutting off the corner off the unit. Stepping inside, you find yourself in a simple, rectangular space, the long side/ramp to your left. This is effectively one big window, flooding the interior with light. The counter, its back to Tufts, is opposite you, another (much smaller) window in the wall behind it.

Gracenote (sort of) shares the space with an estate agent (realtor in the local lingo) which, as far as I can tell, occupies the rest of unit, with Gracenote at the front, partitioned off from the office by a half-height wooden wall to your right. This too is topped by glass and makes for a clever use of space. Although separate businesses, Gracenote uses the office as a storeroom, while the office staff go in and out through a door in the partition just to the right of the main entrance. With Gracenote effectively providing on-site coffee, I think even I might be tempted to work as an estate agent!

It’s standing room only, with a narrow (but very beautiful) curved wooden bar running along the front. This is probably just as well, since for most of the two hours I was there, the queue stretched at least to the door, mean that seating was out of the question.

Gracenote offers espresso-based drinks (with the flat white a surprisingly common choice), batch brew filter (with a fresh flask made every 30 minutes) and cold-brew on tap. The single-origins on espresso, filter and cold-brew are changed every day. The Modbar (espresso & steam modules) was selected for its pressure profiling and volumetrics rather than its low form-factor, although the staff conceded that this is a massive bonus in such an intimate setting, effectively removing any barrier between staff and customers. Despite the Modbar’s volumetrics, every shot is still weighed in and out. Perfectionists!

There are seven staff in all, including the roastery’s owner. Everyone works in both roastery and shop, with three baristas on at all times. During my visit, I was wonderfully looked after by Aprille, Zach and Daniel.

I started on the Ethiopian Konga single-origin espresso, served in a lovely, handleless cup. It mellowed after an extremely bright first sip, rewarding me with a complex, fruity flavour. I followed this with a taster of the filter, a very subtle and delicate Burundi single-origin, a great example of what you can achieve when you get bulk-brew right. The staff changed the filter coffee while I was there, switching to the Konga. This had a different roast profile from the espresso and it was hard to believe it was the same coffee, the espresso’s brightness replaced by a very smooth taste.

The cake, by the way, is from a local restaurant from Monday to Thursday, while from Friday to Sunday, a bakery in Somerville does the honours.

November 2021: I called into Gracenote on a brief visit to Boston (part of my wider trip to the US that fall), and found that very little had changed in the more than five years since my fist visit. The only differences of note were that the stand-up bar was temporarily out of action as a COVID-19 precaution and that pour-over had joined batch brew on the filter menu.

May 2022: you can see what I made of the new Gracenote, the Coffee and Wine Bar, in nearby High Street Place, when I visited in early May.

You can see what my friend and fellow coffee-blogger, Bex of Double Skinny Macchiato, made of Gracenote during her visit in August 2017.