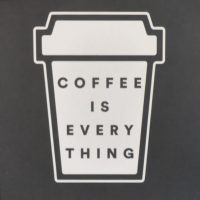 The Foundation Coffee House joins a growing band of speciality coffee shops in Manchester’s Northern Quarter, following in the footsteps of the pioneering North Tea Power and joining the likes of Fig + Sparrow and TAKK. Located on the ground floor of the magnificent Sevendale House, a brick-built edifice taking up the entire block, Foundation consists of multiple, connected spaces and is easily the biggest of the bunch, surpassing even the nearby Ezra & Gil in size.

Foundation uses Cornwall’s Origin, with its Los Altos Nicaraguan single-origin on espresso, where it’s joined by a guest, plus four single-origins on pour-over, prepared using either V60 or Aeropress, the method being matched to the particular coffee. There’s also bulk-brew for those in a hurry, Foundation starting the day with the San Fermin Colombian single-origin, then mixing things up as the day goes on. Other than the Los Altos espresso and San Fermin bulk-brew, which are always on, the options change regularly, Foundation getting a few bags in from Origin, then moving on once they’ve gone.

There’s also tea and hot chocolate, plus beer, cider and wine. If you’re hungry, Foundation has decent breakfast and lunch menus and a wide range of cake.

The Foundation Coffee House has its main entrance on Lever Street, in the heart of Manchester’s Northern Quarter, a flight of steps leading up from the pavement to a glass-sided, enclosed porch, with double doors at the back. There’s another entrance at the rear of Foundation, a door in the back wall leading in from the lobby of Sevendale House, a refurbished wholesale warehouse that was built for the garment industry in 1903. If you coming in that way, the entrance to the lobby is around the corner on Dale Street.

If you’re brave, you can sit outside on one of several tables on the pavement, although when I was there it was, naturally enough, raining. A compromise is to sit at the solitary table in the enclosed porch, or, if you’d like the view, but not the weather, grab a seat at one of the three long window-bars which line the front of Foundation.

Foundation makes clever use of dividers, without which it could have easily been a rather characterless barn, one single, open (and loud) space. Instead, it consists of multiple, connected spaces, starting with the one to the right of the porch, where the seating is around the edges. This includes a bar against the right-hand wall and the aforementioned window-bar. Otherwise, it’s mostly low-slung comfy chairs and odd-shaped coffee tables. Three tiled pillars separate it from the counter, which occupies the entire right-hand side of the back wall. Three hexagonal high tables, complete with bar stools, are on the other side of the pillars, but otherwise there’s a big, open space in front of the counter.

On left, what would be a single, large space is broken up by two open rooms, constructed side-by-side out of partitions and facing the front. These occupy the middle of the space, to the left of the porch, and are surrounded on the other three sides by seating. Two window-bars and a row of hexagonal tables fill space in front of the rooms, while against left-hand wall, four four-person booths run front-to-back, with a line of tables running parallel to them.

At the back, the hexagonal tables give way to square ones, then comes a glass back wall overlooking the lobby of Sevendale House. Finally, there’s another cluster of hexagonal tables behind the rooms. These are all two-seaters, but have been pushed together in various combinations of two, four and six-seaters.

Unusually for a speciality coffee shop, Foundation stays open into the evening, closing at eight o’clock during the week and at ten on Saturday. There’s also a wide programme of events, including live music nights and film nights. To go with these evening hours and events, there’s a wide selection of craft beer and cider, plus a variety of wines if you fancy something stronger than coffee.

I, however, was there mid-afternoon and so, after a discussion with the barista, opted for the guest espresso, an El Salvador Guineyal Lot 35, which the barista recommended as a cortado. It was a good call, the coffee and milk going well together. I paired this with a mozzarella, tomato and pesto sandwich, which was served toasted. This was very tasty, Foundation not skimping on the ingredients, particularly the pesto. The bread was also toasted to perfection, making the perfect mid-afternoon pick-me-up.