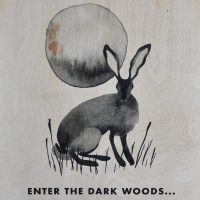 Today’s Coffee Spot has been a long time coming, three years in fact, which is how long it’s been since Marmalade opened Holywell, the town where I was born and grew up. I’ve been a customer since it first opened in 2018, but travel and then the COVID-19 pandemic got in the way, and despite many visits on my returns to Holywell, it never seemed the right time to write it up. Until now, that is.

Marmalade is on Holywell High Street, literally at the entrance to the mews leading to the Coffee Bean, home of Sarah’s Caring Coffee. There’s not much to Marmalade, with almost as much seating outside on the broad pavement (three tables) as there is inside (a pair of tables and two window-bars). The coffee is from Dark Woods Coffee, with a standard espresso-based menu, while there are neat breakfast and lunch menus, plus plenty of cake.

Marmalade is a family run business, where you’re always assured of a warm welcome. Although I usually walk down from my Dad’s, there’s plenty of free parking, including some right outside on the High Street, making it a convenient stop if you’re travelling along the A55 expressway (a detour through Holywell, which takes you along the old route of the A55 before the expressway was built, will add about 10 minutes to your journey).

Marmalade occupies an old-fashioned shop front on the sunny (north) side of the street, the front almost entirely all glass, the central door recessed between two deep bay windows. There are usually three tables outside, one for each window and a third by a large tree. Most of the time you’ll have the pavement to yourself, except for Thursday, which is market day, when you’ll share it with various market stalls (ironically, I seem to have taken most of my pictures on Thursdays!).

Marmalade has a bright, open interior, with a stone-flagged floor and white walls, the sunlight streaming through the windows adding to a sense of space. The counter, which runs almost the full width of Marmalade, is at the back, while the seating is to either side. Each window has a two-person window-bar on a slightly raised floor, while there’s a three-/four-person round table to the left and a smaller two-/three-person table to the right. Meanwhile, retail shelves line the left- and right-hand walls, selling anything from candles and cushions to preserves and biscuits.

However, I’ve mostly been for coffee, with Marmalade using Crow Tree from Dark Woods Coffee, one of its darker blends, along with the Lamplight decaf. I’ve occasionally had the Crow Tree as an espresso, where it provided a rich, full-bodied shot without any bitterness, but my usual order is a flat white, where the Crow Tree goes well in milk, producing classic, chocolate notes.

Whatever the reason/excuse, it’s always great to pop in and say hi to the staff and have a quick natter over my coffee/lunch.