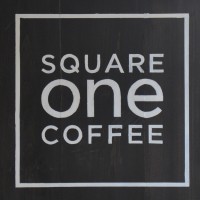 In a desperate attempt to publish all the Coffee Spots from my last trip to Philadelphia in March 2015 before I return there next week, I present today’s Coffee Spot, Square One, which started life as a roaster in Lancaster, PA.  It still roasts all its coffee in Lancaster, in a purpose-built roastery and training space, having previously roasting on-site on its Duke Street café. I first came across Square One’s coffee in 2014 at Plenty in Rittenhouse and then, last year, I called into the first of its two Philadelphia branches which opened its doors on South 13th Street in 2013.

Square One is in good company, the area just south of City Hall turning into something of a go-to spot. Coffee-shop-cum-roaster Greenstreet Coffee Co is a few blocks away, as was Cafe Twelve until it closed on Monday. Just a few blocks more on the other side of Broad Street is another Philadelphia café/roaster, Elixr, while the aforementioned Plenty is nearby.

Square One occupies a fantastic spot, a large, open rectangle, with an island counter, and serves some excellent coffee. There’s a house-blend and single-origin on espresso and two more available through the Chemex, plus the obligatory bulk-brew.

September 2021: Square One in Philadelphia has closed, although the roastery and cafe in Lancester are still going strong.

From the outside, Square One is visually the least impressive of the many Philadelphia Coffee Spots I have visited over the last two years. However, the plain exterior, at the bottom of a modern building, belies a lovely interior. Square One occupies a large, open, rectangular space, slightly deeper than it is wide. Rectangular, note, not square. Mind you, Rectangle One would be a silly name for a coffee shop…

It’s the sort of space that, without a lot of care, could be quite anonymous. Fortunately, Square One put a lot of care and thought into the layout, focused on an impressive island counter. Located towards the back, and built around two square pillars, it effectively splits one massive space into several smaller, more intimate ones.

The bulk of the seating is at the front, but even here it’s broken up into various clusters, with seating against both walls, separated by a long, communal table running down the centre. You enter through double, glass doors on the left, while on the right, beyond a pillar, the generous floor-to-ceiling windows have a lovely padded window-bench. Against the left-hand wall, as you come in, is a glorious sofa, with a couple of seats beyond it, while the right-hand wall has another padded bench, this time with a row of tables. Finally, there are two tables in front of the counter.

The walls to either side of the counter are lined with shelves of retail stock, beans to the left, tea and coffee-making kit to the right. The rest of the walls are hung with wooden-framed art and what could otherwise be a large expanse of white is broken up with a clever wooden framework and strung with rows of light-bulbs. Although there’s plenty of light at the front, it could be dark at the back, except ample lights hang from the ceiling, giving it a bright, warm feeling.

As well as coffee and tea, there’s a good selection of cake and small breakfast, lunch and snack menus. However, the coffee shop mostly highlights Square One’s range of coffee, with a strong focus on single-origins. There’s a house-blend on espresso, which is joined by a regularly-rotating single-origin. There are two more choices available through the Chemex: these are usually, but not exclusively, single-origins as well. Finally, there’s the obligatory bulk-brew.

I had the single-origin, an Ethiopian, as an espresso, which was beautifully made by my barista, Linda, who described it as like chocolate-coated strawberry. However, that was lost on me: all I got was a real zing, it being a little too bright for me. I’d have liked to try it in milk (Linda, who preferred it as an espresso, said her colleagues like it as a cappuccino) but it was the end of a long day and I was already way too caffeinated, which also ruled out my trying the pour-over.