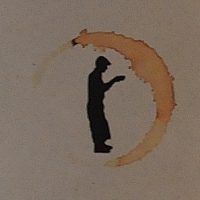 June 2018: Flat Caps no longer provides a coffee service in Campus North, but is still going strong next door at Carliol Square.

Flat Caps Campus North and Flat Caps Carliol Square are literally next door, and while you might not think it’s the best business model, it seems to work very well, with the two offering very different spaces, atmospheres and experiences.

Campus North is a co-working space, offering desks to more than 40 companies/individuals, plus six office suites, meeting rooms and a communal area for tenants. There’s also a large public area at the front of Campus North which is where Flats Caps lives, serving both as in-house café for Campus North tenants and a café for the general public. In this respect, it’s similar to Grindsmith Deansgate in Manchester, although they’re very different places.

Campus North has a simple layout in a wide, square space. The recessed door is offset to the right, with the bulk of the seating on the left, all save a solitary sofa a little way in on the right-hand side. If you’ve been to the old Bunker Coffee & Kitchen, chances are things will look familiar, the furniture from Bunker ending up at Campus North, including picnic tables, chipboard sofas and the weird, triangular-shapes tables.

Bunker’s three trestle picnic-style tables form a row directly ahead as you enter, effectively separating the café (left) from the co-working space (right). The three triangular tables (also from Bunker) come next, forming another row parallel to the picnic tables. Immediately to the door’s left, two long tables run along a colourful wooden bench against the front wall, illuminated by a row of large, square windows close to the ceiling.  There’s a three-person plywood sofa against the left-hand wall, then two more sofas face each other across a coffee table in front of the counter, which is at the back on the left.

On the right are four desks for the Campus North staff, while behind them a door leads to the offices/co-working space. In the middle of the back wall, a wide corridor leads to four small booths with a simple shelf and single stool, which can used as private spaces. Beyond this are three more meeting rooms on the right and a classroom on the left, all of which can be hired out.

Practically all the seats have power, either from sockets at regular intervals along the wall or from the pillars holding up the ceiling, which provide power to the rows of tables. The atmosphere is quiet and studious, ideal if you want an uninterrupted hour or two on your laptop.

Turning to the coffee, the counter’s at the back on the left, a makeshift affair of cabinets and a trestle table, with the cakes displayed on the table at the front and the espresso machine and grinder on the cabinets at the back.

The coffee, which is always different from that at Ridley Place and Carliol Square, was an El Salvador single-origin from Workshop during my visit. I decided to put the barista through her paces and ordered a split shot (in my defence it was on the menu). I needn’t have worried though: my coffee was worthy of the name Flat Caps and any thoughts that Campus North might be a lower-tier operation were instantly banished.

The espresso itself was short, well-balanced, and just how I like it. The flat white, meanwhile, a single shot with 4 oz of milk, was perhaps a little anonymous, although the coffee’s flavours complimented those of the milk. I paired this with an awesome lemon blondie which was a cross between a lemon meringue and a brownie: light, fluffy and very, very lemony.

Liked this? Then take a look at the rest of Newcastle’s speciality coffee scene with the Coffee Spot Guide to Newcastle & Gateshead.