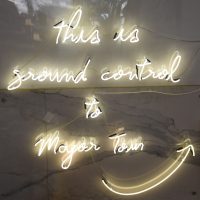 Ziggy Green, in Mayfair, is the latest addition to the ever-expanding Daisy Green Collection, which started life with eponymous Daisy Green and various Beany Green coffee shops. While most recent openings, such as Timmy Green and Scarlett Green, are in the brunch and dinner category (a restaurant serving great coffee as opposed to a coffee shop serving great food), Ziggy, which opened in January, sits between the two ends of the Daisy Green spectrum.

On the one hand, with its table service and characteristic brunch menu, it’s aiming at the restaurant end of the market, but on the other hand, there’s no dinner menu, so it’s not going after the evening diners. However, sitting upstairs with my laptop, surrounded by brunching couples and groups, I definitely felt like I wasn’t in a coffee shop with the character say, of Beany Green at Regent’s Place.

All the Daisy Green staples are there though: excellent espresso-based drinks, with a bespoke house blend from The Roasting Party, plus a single-origin on batch brew, along with cocktails for those seeking something with a little more buzz. The food, meanwhile, is as tasty and innovative as ever, with brunch, lunch and small plates on offer.

Ziggy Green, on Heddon Street, made famous by David Bowie is, since it’s west of Regent’s Street, in Mayfair, although its character feels very Soho. Heddon Street is, by the way, the only C-shaped street I can easily recall, with Ziggy Green at the southern end, right where it meets Regent’s Street, occupying a wonderful, old, ex-cinema.

There’s a modest and comparative narrow ground floor entrance, based around a glass-filled arch flanked by a handful of outside tables, two two-person ones on the left, four on the right, all sheltering under large, pink umbrellas. Inside, is an open, square space, almost like an entrance foyer (cinema, anyone?), counter on the left, a long staircase on the right and, at the back, a long, thin, windowless extension which has a coffee shop feel. This runs under the stairs on the right, while on the left is an enclosed kitchen.

You only really need the counter, which doubles as a bar, if you’re ordering takeaway, otherwise take a seat and someone will quickly appear with a menu. If you want to sit at the back, there’s a pair of armchairs directly under the stairs, followed by a long, padded sofa bench split into four by in-built coffee tables (one at either end, three in the middle). Alternatively, head upstairs (with the option of a lift at the back), where Ziggy feels more akin to a restaurant.

Emerging at the top of the stairs, the size of Ziggy Green surprised me, spreading out much further to both left and right than I’d expected. It’s arranged around a central square, which is open to the counter/foyer below, reminding me, bizarrely, of the Boston Tea Party in Worcester. There’s also a large alcove at the back on the right (directly ahead as you reach the top of the stairs) with four comfy chairs arranged around a coffee table and, to your right, two pairs of armchairs, each facing the other across a table.

Given the name/location, there’s no surprise that Ziggy’s décor is heavily David Bowie inspired, but what did take my breath away were the wonderfully high ceilings, and the immense sense of space that they created. To give you an idea of how tall it is in there, three large palm trees grow inside in pots, one downstairs and two up!

To business. I started with something familiar, the usual smooth, creamy flat white from the Roasting Party. However, I’d really come for a late brunch, settling on the Healthy Start: poached eggs, tomato, broccoli, spinach and avocado. The surprise ingredient (for me at least) was billed as “celeriac toast”. It’s not exactly what I’d call toast: three chunky slices of slightly spicy celeriac (toasted, I assume) which tasted absolutely divine. An interesting twist on a vegetarian breakfast and one I’ll be sure to have again.

In closing, I’d like to say thanks to Bella, who, along with her colleagues, looked after me with style.