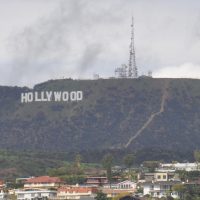 You can see whether I regretted my decision after the gallery.

Unlike American cities such as New York, Chicago and San Francisco, which I’d always wanted to visit, Los Angeles never held much appeal to me. Much of what I’d heard of the city concerned the appalling traffic congestion and the pollution, while the draw of Hollywood never had much hold over me. So, when planning the trip, it seemed sensible to skip Los Angeles altogether, instead overnighting in the area (but not the city) before starting my drive along the California coast.

However, Lee was having none of it and convinced me that I had to visit the city. He also furnished me with a (very long) list of coffee shops that I should visit. So I went home and replanned my trip, adding a stop in Los Angeles after my day in Joshua Tree. I also carefully studied his list, realising that I’d need a week to visit all the coffee shops on it!

One of the reasons I’d wanted to avoid the city was the expense of staying there. Eventually I found a motel vaguely within my budget (even then, it was twice what I was paying for the other hotels/motels along the way) and booked myself in for Sunday and Monday nights.

I ended up at a Travelodge (which, for UK readers, is very unlike the British hotel chain of the same name) on Sunset Boulevard, in the Los Feliz neighbourhood northwest of downtown LA. Other than the price, I’d chosen it because it was just around the corner from Go Get Em Tiger, one of the places that Lee had recommended.

However, this wasn’t the coffee shop that Lee had in mind. What neither of us realised is that since Lee had last been in LA, Go Get Em Tiger (which is part of a mini-chain that includes G & B Coffee) had opened a new shop, which is what I’d stumbled upon. Not that I knew this at the time, spending two very happy mornings there, first on Monday, before I set off to explore, and again on Tuesday, where it provided an essential pre-drive refuelling.

One of the things I’d been told about Los Angeles is that you really need a car to see the city. While this is partially true, you can get around by a combination of walking and public transport, as I proved when I revisited Los Angeles (again for just a day) in 2019. That said, not having a car does limit where you can go, so since I had a car on this trip, I’d planned to use it.

On the other hand, I was about to embark on five days of driving, so before I jumped behind the wheel again, I decided to explore local neighbourhood on foot, which essentially meant taking a stroll around the Barnsdall Art Park, a small patch of green on a compact hill, hemmed in all sides by a mix of low-rise offices, medical buildings and residential blocks. There were some pretty good views from the top, including of Mount Hollywood to the north, home of the famous Hollywood sign.

My legs suitably stretched, I wandered back to the motel, got my car and set off to explore. You can see what I found after the gallery.

With all of Los Angeles at my feet and just one afternoon to explore, I decided that, since I was already on Sunset Boulevard, I would drive its length, heading west and then southwest as it skirted the mountains which surround Los Angeles like an amphitheatre. It was an interesting drive, which took well over an hour as the road, which started off straight as an arrow, began to wind its way through and around the foothills. It was at its most dramatic to the west of the city, where the hills gave way to mountains.

It was also instructive, since the character of the road changed dramatically whenever I crossed a county boundary. Suddenly the road would go from a well maintained, broad dual carriageway with neat borders to a potholed, twisty nightmare with no road markings. And then back again as I crossed another county line. I also went from a bustling downtown to a much more suburban environment as the road hit the wooded foothills.

I didn’t quite manage to drive the length of Sunset Boulevard that day since its western end winds its way along through the hills above the Pacific Coast Highway (US 1) where I would be driving the following day, eventually dropping down to join it at Inceville. Instead, I cut a few blocks south, dropping down to the northern end of Santa Monica, where I parked up for a brief stroll along the beach.

This afforded some great views along the coast, both looking west, where the mountains come down right into the sea, and to the south, along the sandy sweep of beaches that stretch all the way to Los Angeles airport. If anyone is thinking “sun-kissed beaches” at this point, I should mention that while it was sunny that afternoon, it was also windy and about 10°C!

From there I took a 15-minute drive south along the coast to Venice Beach, my ultimate destination, where I parked on Abbot Kinney Boulevard, a few minutes’ walk from the beach. However, before heading back to the ocean, I popped into the local Intelligentsia, another of Lee’s recommendations. Intelligentsia, which started life in Chicago, but now has locations around the USA, has a special place in my heart, ever since I visited its iconic espresso bar in the heart of downtown Chicago (years before I started the Coffee Spot).

Suitably recharged, I made my way down to the beach for another wander, again enjoying some spectacular views along the coast. By now, it was approaching sunset, but my parking spot on Abbot Kinney Boulevard was going to run out, so I went to move the car, having decided to watch the sun go down into the Pacific Ocean. This led to an impromptu 15-minute drive around Venice as I looked for a parking spot.

Eventually, I found somewhere (having a car to get around was great, but I really hate looking for parking!) and went down to the famous Venice Beach Boardwalk to watch the sun go down. Then it was back to the car for what should have been a 30-minute drive through the city back to my motel, where I was going to get something to eat.  However, I’d forgotten to account for Los Angeles evening traffic and after around an hour, the last 20 minutes of which I’d gone about two blocks, I pulled into yet another Denny’s for something to eat, heading back to the hotel once the traffic had died down.

The following morning, I was up bright and (relatively) early for the next leg of The Grand Adventure.

I thoroughly enjoyed my day in Los Angeles, so thanks to Lee for convincing me to visit. I can’t say I got that much of feel for the city in the short time I was there, but it was more than enough to show me that it has so much more to offer than my jaded view of Hollywood, air pollution and bad traffic (although there was plenty of that!).

Check out Part III of the Grand Adventure to see how I got on during my drive along the Pacific coast.

10 thoughts on “Brian’s Travel Spot: The Grand Adventure, A Day in LA”