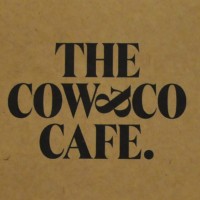 The Cow & Co Cafe started life in Liverpool as a design store in 2009. Over time, an espresso machine found its way into the store and, before long, customers were coming in as much for the coffee as for the various gifts and products on the shelves. Slowly, the design shop morphed into what you see today, the Cow & Co Cafe, a speciality coffee shop, with Cornwall’s Origin Coffee Roasters on espresso and, for somewhere so small, an impressive food and cake selection.

It still retains its roots as a design store though, with a large set of retail shelves, while there’s also a rack of art, design and lifestyle magazines. Think of a smaller version of Manchester’s Fig + Sparrow crossed with London’s Kioskafé. The coffee offering and magazines are more on a par with Kioskafé, while the food and design elements are more in keeping with Fig + Sparrow.

Although it’s only small, Cow & Co packs a lot in, including a lovely mezzanine level, which more than doubles the seating capacity. There’s also a couple of tables outside on the pavement, the dead-end Cleveland Square being a pleasant-enough environment if you want to sit outside.

February 2019: Cow & Co is now called Thoughtfully Cafe, but as far as I can tell, nothing else has changed.

The Cow & Co Cafe is another of those places which acts much bigger than it actually is, largely due to Cow & Co’s TARDIS-like qualities. From the outside, it looks really small, an impression reinforced by the fact that you can pretty much see all of it through the windows. The (glass) door is on the left, followed by three tall windows running the width of the store. Outside, a bench runs under the windows, two trestle-tables in front of it. The outside seating’s completed by another pair of benches, backs to the road.

Inside the layout’s deceptively simple. You’ll find the origins of Cow & Co to the door’s left: row upon row of hand-selected gifts and interesting products on shelves that occupy the entire left-hand wall from the door to the counter at the back. This is counter-balanced by the magazine racks on the right-hand wall, where publications such as Kinfolk and Milk rub shoulders with each other. To the door’s right is the downstairs seating: four square, two-person tables arranged in a square.

At first sight, that’s it. Except it isn’t. At the back, next to the magazine racks, steps leads intriguingly upwards. A quick climb and you’re at the back of the mezzanine level, which has space for another six two-person tables. The ceiling, unsurprisingly, is lower up here, but it’s still pretty spacious, although when it’s dark outside, it can be a little, shall we say, atmospheric. However, if you want a cosy spot to get away from it all, there’s nowhere better.

Returning downstairs, you’ll find the counter at the back of Cow & Co, occupying the space between the stairs on the right and the wall on the left. This is where most of the magic takes place, although, at first sight, there doesn’t seem much to it. There’s a two-group La Marzocco espresso machine on one end, while at the opposite end of the remarkably uncluttered counter, there’s a selection of cake. And that’s pretty much it. Except, on the wall to the right (and on the tables, in printed form) there’s Cow & Co’s seasonal menu, which includes at least six sandwiches. And soup. And toast. And, at weekend, waffles! Where, you ask yourself, is all this hiding?

Itrigued, you order something and that’s when it all becomes clear(er). The back wall, which I’d taken to be a series of blackboards, are, in fact, cunningly-disguised doors, allowing Cow & Co to hide a (very small) kitchen, which is where the food preparation takes place. Very clever.

Back to the matter in hand. It was late in the day, and I was after coffee and cake. Cow & Co use Origin’s Pathfinder espresso blend. I went for a cortado, which came in a pleasingly-small glass. It’s quite a dark, punchy coffee which goes well in milk, making a nice contrast with the sweeter espresso blends that I’m used to.

Having dithered a little over my choice of cake (it all looked good), I paired this with a slice of the orange & cranberry cake, which turned out to be just what I needed. A moist, orange-flavoured cake, stuffed with chunks of cranberry and topped with butter cream icing, it was very tasty without committing that cardinal sin of being overly sweet.

If you enjoyed this Coffee Spot, then take a look at the rest of Liverpool’s speciality coffee scene with the Coffee Spot Guide to Liverpool.