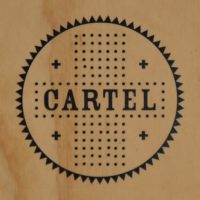 The contrast between Cartel Coffee Lab’s downtown location in the centre of Phoenix, and its flagship roastery/coffee shop in Tempe, which I visited the day before, couldn’t be starker. While the former’s a large, sprawling set of interconnected spaces, downtown is in an alcove off the lobby of 1 North 1st Street. It’s a very pleasant alcove, and, as alcoves go, it’s spacious enough, but it’s an alcove nonetheless. You can sit at the window-bar, out in the (echo-chamber like) lobby, or on the street at another window-bar.

Despite any perceived shortcomings in size, Cartel doesn’t compromise on the coffee, with the same full offering that’s out in Tempe. There are six single-origins, including decaf, all are available through Aeropress, V60, Clever Dripper or Chemex. Meanwhile, one (plus decaf) is available as espresso. There’s also bulk-brew filter and cold brew, a small tea selection, plus cakes and prepared salads in the fridge opposite the counter.

On the corner of Washington and North 1st Street, Cartel’s downtown branch is about as central as you can get (the zero point is the intersection of Central Avenue/Washington, one block west), mind you, it’s slightly less central than it was, having moved here from the adjacent space the week before I visited. The exterior presents itself as a row of five windows with a window-bar in front of four of them (one stool per window). It took me a little while to realise that there’s no door: instead head through the doors to the left and into the lobby, where Cartel’s immediately to your right.

Inside, the layout’s very simple: there’s another window-bar to the right, almost mirroring the one outside (this one only has two seats though), while the counter occupies the back and left walls. The till’s directly ahead, with the cakes to the right, and the filter station in the far corner. Meanwhile, the espresso machine, a two-group La Marzocco Strada with its two grinders (single-origin plus decaf) is on the counter to the left, where you collect your espresso-based drinks.

Cartel can be very loud, particularly when busy, so you can also sit in the lobby. Be warned, however, that this is a bit of an echo chamber: I started off there, before moving into Cartel because it was quieter! The lobby has a pair of benches, one either side of the door, plus two picnic-style tables. There’s a small, round table to the left of the entrance to Cartel and beyond that, a large meeting room which can be used for seating if not occupied by the building’s tenants, the co-working space The Department.

Cartel offers its full single-origin range, one of which (the Carmen, a washed coffee from El Salvador during my visit) is on espresso. This is usually on bulk-brew as well, but sometimes the staff change it up. Cartel buys coffee in lots of varying sizes and when it’s gone, it’s onto the next one. The espresso typically lasts three to five months, while there’s something new on the menu every month.

At my barista’s recommendation, I had the Ethiopian Kochere through the Aeropress, using the inverted method. Due to a series of misunderstandings, this was served to go in my Ecoffee Cup. However, rest assured that if you’re sitting in, you’ll get a real cup. I wasn’t convinced that the Aeropress quite did the coffee justice since I felt that it could have done with a little more body, but nonetheless it was a fruity coffee and pleasant enough.

I wouldn’t describe the downtown branch of Cartel as a particularly relaxing place to sit and chill with your coffee for an hour or two (in contrast to, say, the Tempe branch). It probably didn’t help that the soundtrack (best described as ambient) was not to my tastes. However, as somewhere to get some top-notch coffee in the heart of Phoenix, with a choice of multiple single-origins, it can’t be beaten.

December 2018: Cartel now only serves its pour-over through the Chemex, with a choice of two sizes, 8oz and 16oz.

You can see what I made of all the other branches of Cartel Coffee Lab that I’ve visited. Also, if you enjoyed this Coffee Spot, then take a look at the rest of Phoenix’s speciality coffee scene with the Coffee Spot Guide to Phoenix.