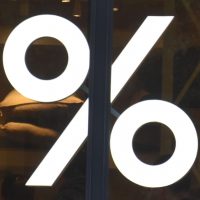 My first experiences of % Arabica were in department stores/malls, initially in % Arabica’s hometown of Kyoto in 2017, where I visited its Fujii Daimaru Department Store branch, then last week in Shanghai, in the newly-opened Xintiandi Plaza branch. In both cases, it was disposable cups only: disappointing, given that both cater to sit-in customers, but forgivable, given the location/style of service. I was therefore looking forward to visiting % Arabica’s combined Shanghai roastery and coffee shop, in a prime location just off the Bund.

I have a rule on the Coffee Spot never to write negative/critical pieces. Today, I’m partially suspending that rule. Never have such high expectations been met with such bitter disappointment. Don’t get me wrong: the coffee was excellent, while the setting has so much potential. However, counter-service and disposable cups just don’t cut it for me, not when you could do so much more.

Talking of the coffee, there’s a house-blend (Brazil and two different Ethiopians) and a single-origin, both available as espresso or pour-over (through the Chemex), but that’s pretty much it. You can, of course, buy the beans, while there’s a limited range of merchandising on sale, but don’t forget to bring your own cup.

Starting with the positive, % Arabica’s Shanghai roastery is at the northern end of the Bund, one of Shanghai’s prime tourist locations, where any good coffee is to be welcomed. Located on Yuaningyuan Road, the setting itself is amazing. The pedestrianised street has a row of late 19th/early 20th century buildings on the western side, overlooking the grounds of the ex-British Consulate, which separates it from the Bund. Packed with restaurants, bars and clubs, % Arabica is in good company, occupying the left-hand side of the ground floor of the Associate Mission Building, about halfway along the street.

% Arabica occupies five bays, each separated by tall, stone-faced pillars. The bays alternate between pairs of floor-to-ceiling windows and (disused) glass double doors, each with a short, broad flight of stone steps leading up to it. Meanwhile, three large bays stand in front of the windows, each with two square tables, bench-seating arranged in a U-shape (the middle bay has an extra bench between the tables and serves as the smoking area).

Entry is via a large, ornate door underneath an impressive stone portico in the middle of the building. This leads to a central corridor, the doors to % Arabica, old-fashioned wooden-framed affairs with frosted glass panes, opening almost immediately on the left.

In contrast to the building’s historic exterior, the décor is modern and austere. Like the other branches of % Arabica that I’ve visited, this means exposed concrete and plenty of white, including the long, gleaming counter, with natural wood reserved for the benches that make up the seating, while the tables are metal-framed, their tops a mix of stone/wood.

The counter occupies the rear third of % Arabica, which is maybe twice as long as it is deep. There is a line of bare, concrete pillars here, mirroring the pillars in the front, which breaks the counter, otherwise a single structure, into separate stations. Next to the door, is the first of two three-group Slayer espresso machines (not in use during my visit). Next is the till, then a second Slayer and the pour-over station, where you collect your coffee, then an open space with a display of green beans.

The seating is along front, a waist-high bar separating it from the counter and forming a queuing system. You enter as you come in, order, then collect, leaving at the far end, all quite logical, although not well sign-posted: plenty of people walked the length of the store to enter at the far end!

The fifth bay is given over to the roastery, separated from the coffee shop by a floor-to-ceiling glass wall made of three vertical panes of glass. Although the roaster, a gorgeous old Probat, wasn’t in operation during my visit, it’s clearly visible from both coffee shop and street, and, I image, makes quite a spectacle. A pair of benches against the roastery’s glass wall completes the seating, while the roastery itself wraps around the rear of the counter in a glass-walled, L-shaped space which doubles as training lab and green bean store.

This potentially gorgeous setting is let down by the noise. An echoing space to start with, the old-school grinders, with their mechanical distributors, add to the problem, making repeated, loud metallic clicks whenever a portafilter is dosed. Then there’s the ever-present curse of the counter-based ordering system: baristas shouting out the orders for customers to collect. This really detracted from my enjoyment of % Arabica, although in its defence, it was packed the entire time I was there. Almost all the seats were taken, with people happy to linger over their coffee.

So, to the coffee itself. I had the single-origin espresso, a washed Ethiopian, served (since its disposable cups only) in my Kaffeeform cup. A complex coffee, with a touch of acidity, it was easily the best thing about the whole experience.

In closing, let me be clear. The coffee was excellent, as were the staff, and I’m delighted to be able to drink such amazing coffee in a very mainstream setting. If you’re ever on the Bund and need a coffee stop, head for % Arabica. However, it could be so much more. Speciality coffee deserves, in my opinion, to be treated specially. By serving it in disposable cups with the counter-service model of an average chain, % Arabica is doing it a disservice.

I’ve since visited the original % Arabica in Shanghai, in Ferguson Lane, and can confirm that this too has the same disposable cup/counter-service model employed in the other branches that I’ve visited.