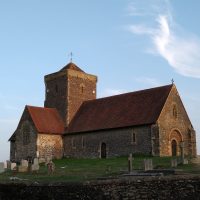 Last weekend I presented a brief history of speciality coffee in my hometown of Guildford. It was very much an introduction to this post, a round-up of what’s going on in Guildford in 2021, which itself follows on from my 2020 round-up. Back then, things were looking good, the town’s existing speciality coffee businesses having survived the early stages of the COVID-19 pandemic. There was even a new opening, Ceylon House of Coffee, to celebrate.

Since then, speciality coffee, like the hospitality industry as a whole, has taken another battering due to the pandemic, so as 2021 gets underway, I thought it was time to take stock of where things are. In this post, I’ll cast my eye over the town’s existing speciality coffee shops, as well as taking a look at the new openings, which have been springing up around the town, despite COVID-19’s best efforts.

Overall, while we’ve still got a long way to go, there are plenty of reasons to be optimistic about speciality coffee in Guildford. There’s a healthy mix of established players and newcomers, each of whom brings something different to the town, all backed up by a couple of great local roasters.

You read about the “old hands” after the gallery.

Let’s start with Canopy Coffee on Hayden Place, which has been leading the way when it comes to speciality coffee in Guildford since it opened in the summer of 2017. After closing during the first two months of the pandemic in 2020, Canopy reinvented itself as takeaway coffee shop, serving from the hatch in the side door, a move which has held it in good stead as the COVID-19 pandemic has ebbed and flowed. It’s still going strong, open seven days a week, one of just two of the town’s speciality coffee shops to stay open throughout the winter.

The other is Koja, the successor to Surrey Hills Coffee on Jeffries Passage, which opened in August last year, initially offering a takeaway service. There was limited in-store seating for a while, but as the COVID-19 restrictions tightened in November, it went back to takeaway service, while expanding its range to include groceries, including a selection of Swedish goods. Koja is currently open six days a week (closed on Mondays), but don’t leave it too late as it closes at two o’clock in the afternoon (three o’clock on Saturday).

Talking of Surrey Hills Coffee, the coffee pod at London Square has closed, Chris and Monika deciding to focus on the roastery, although I believe that once the offices there have reopened, the landlord is looking for a new tenant to take over the pod, so if anyone is interested…

Sticking with coffee pods, the FCB Coffee Kiosk on Guildford station is still going strong, although I’ve not been into the station for a long time. It’s closed at weekends, but open during the week to serve the hardy commuters. While we’re on this side of the river, don’t forget The Hideout on the University of Surrey Stag Hill Campus, which has been open throughout most of the pandemic (in an earlier version of this post I said that I thought it was closed at the start of the year, which was not the case).

Back in the town centre, it’s the last of Guildford’s old hands, Krema Coffee on Tunsgate, which returned in June last year after closing at the start of the pandemic. Initially only offering takeaway, it reopened its indoor seating towards the end of the summer, adding more outdoor seating on the pedestrianised street, before going back to takeaway only when Guildford went into Tier 3 in late December. It’s currently closed, although I believe that this is only a temporary measure due to the current high levels of COVID-19 infections.

Staying on Tunsgate, this has seen a flurry of activity in recent months with three new openings, which you can read about after the gallery.

Let’s start at the other end of Tunsgate with Lily London, the speciality coffee shop in a telephone kiosk, which opened right at the end of last year and is currently serving direct trade Brazilian speciality coffee until three o’clock every day.

The second newcomer on Tunsgate is actually just two doors down from Krema, occupying the premises vacated by Kalm Kitchen at end of 2019. Tattam’s styles itself as a European style café offering coffee by day and cocktails in the evening. It opened in October and almost immediately had to scale back to takeaway only, serving Chimney Fire Coffee on espresso. I popped in at the start of the year for a very fine flat white to go, but since then it has temporarily closed. I’m very much looking forward it reopening, so I can do a full write up!

Tunsgate’s third new opening, Gail’s Bakery, arrived at roughly the same time as Tattam’s. Although I don’t really do chains (this is one of over 60 Gail’s in London and south east England), you can’t fault its speciality coffee pedigree with a seasonal house blend on espresso from Union Hand-roasted. Gail’s is currently open for takeaway only until five o’clock, seven days a week.

You’d think that would be enough new openings, but Guildford isn’t done with us yet. At the bottom of the High Street,  Ceylon House of Coffee came onto the scene in September last year, serving coffee grown on its plantation in Sri Lanka. Like Krema, Ceylon House of Coffee is currently closed due to the current high levels of COVID-19 infections.

The final new opening is down on Millmead, by the River Wey, where you’ll find Open Grounds Café, which joined Guilford’s speciality coffee community in December last year. Part of Guildford Baptist Church, it occupies a bright, open space in the foyer, providing a volunteer run community café. It was open briefly for sit-in service before Christmas (when I popped in for a flat white) and is now open for takeaway only until two o’clock each day (closed Sunday and Monday).

So there you have it. Who would have thought that Guildford would have five new speciality coffee shops open in just five months? In the middle of the COVID-19 pandemic to boot! It’s tough times for the hospitality sector right now, but all this activity gives me real hope for the future!