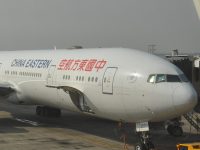 Since I’m about to embark on my latest adventure (two weeks in Miami, followed by two weeks in Arizona), I thought I’d better finish writing up my final set of flights from last year. In the first part of this instalment of Brian’s Travel Spot, my occasional series documenting my increasing travel experiences, I told you about my experiences flying to Shanghai in business class with China Eastern. This one’s all about the flight back.

I spent a week in Shanghai for work before catching the world’s fastest inter-city train to Beijing, where I spent a few days, then caught the sleeper back to Shanghai, where I spent a few more days before flying back to London on the equivalent return flight with China Eastern (which has one flight a day between London and Shanghai, as do British Airways and Virgin).

As I had on the way out, I was flying business class, the big difference being that while I flew out overnight, I was returning on a day-time flight, leaving Shanghai at 13.00 local time and arriving in London almost 13 hours later at 17.45 in the evening. Rather than sleeping, my plan was to spend the flight working…

END_OF_DOCUMENT_TOKEN_TO_BE_REPLACED 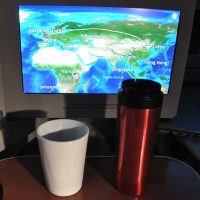 Welcome to another Brian’s Travel Spot, the occasional series documenting my increasing travel experiences. This year it’s gone from principally recording the trips themselves (its original purpose), to discussing the various flights I’ve been taking, starting with a pair of flights out to Phoenix and culminating in three trips from Manchester to Chicago, each one flying a different route with a different airline, United, British Airways and American Airlines. In between, when returning from Vietnam, I flew long-haul flight in business class for the first time.

This, my final trip of the year, sees me heading back to Shanghai for work. It also involves flying both legs in business class for the first time. This is largely down to self-preservation: due to prior commitments, I was busy the preceding weekend, so I had to forgo my normal practice of flying out midweek the week before my meeting and giving myself three or four days to get over the jetlag. Instead I flew out on Sunday night, arrived on Monday afternoon and went into a four day meeting starting at nine o’clock on Tuesday morning. Therefore, sleeping on the flight became a necessity, which meant flying business class…

END_OF_DOCUMENT_TOKEN_TO_BE_REPLACED 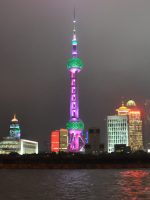 Welcome to third instalment of my Brian’s Travel Spot series about my around the world trip, which started with my flight out to Hong Kong and continued with my adventures in Hong Kong itself. This post covers my time in Shanghai, which is the second leg of my trip. I’d never been to China before this trip, so when I got an opportunity to go there on business, I took it with both hands.

I arrived on Sunday, then spent the most of the next five days in a meeting room on the first floor of the Hyatt, an interesting mix of modern western hotel, with Chinese architectural influences and a contrast with my own hotel, the Astor, just down the street. I then spent the weekend exploring the city before flying off on the third leg of my trip, across the international date line to Chicago.

As with all the Travel Spots, this post is split into a number of sections, starting with the relatively short flight from Hong Kong to Shanghai.