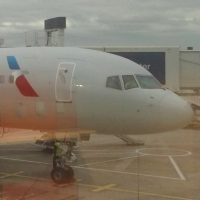 Welcome to the third and final part of this instalment of Brian’s Travel Spot, which chronicles my various flights to/from Chicago this year. 2017 has seen me flying over all the world, including three trips to Chicago in relatively quick succession. While all three flights to Chicago have started at Manchester, I’ve flown a different route each time and flown with different airlines. This Travel Spot is my attempt to compare and contrast my experiences.

My first trip was at the end of June, when I flew with United from Manchester to Chicago via Newark, returning direct to London. My second trip, in September, took me from Manchester to London with British Airways and then on to Chicago with American Airlines. Once again, I returned on a direct flight, this time flying to London in business class with British Airways, just the second time I’ve flown long-haul in business, having done it earlier this year when returning from Vietnam.

My final flight, at the end of October, was my most straight-forward, flying direct from Manchester to Chicago with American Airlines and returning overnight by the same route, arriving on Friday morning, just in time for the Manchester Coffee Festival.

END_OF_DOCUMENT_TOKEN_TO_BE_REPLACED 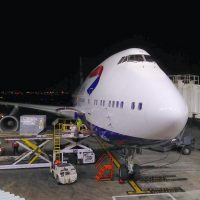 Welcome to the second part of this instalment of Brian’s Travel Spot, which chronicles my various flights to/from Chicago this year. My crazy travel schedule, which has seen me flying over all the world in 2017, has also resulted in my taking three trips to Chicago. The first was at the end of June, the second (September), I’ve just returned from, while the third one is at the end of October. Since I’m flying with a different airline each time and, despite always starting out at Manchester, I’m also flying three different routes, I thought that it would be interesting to compare and contrast my experiences.